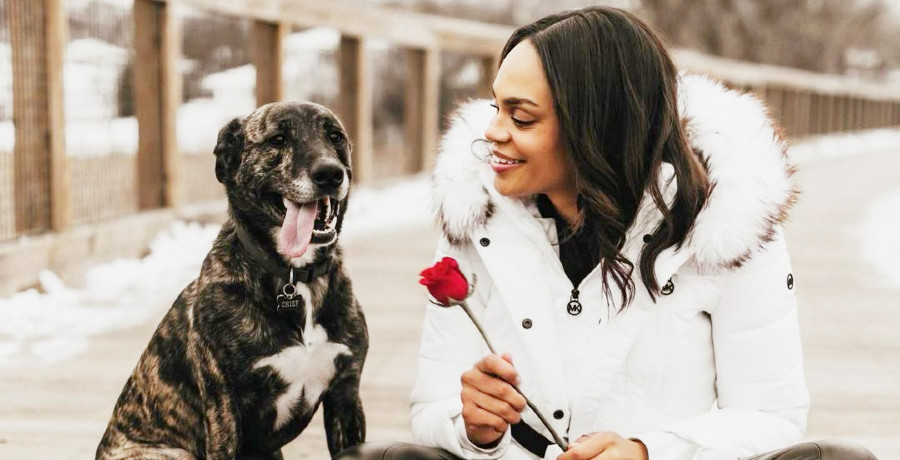 As Matt James’ season of The Bachelor winds down, fans are looking ahead to Season 17 of The Bachelorette. There are several cast-offs from Matt’s season that fans would like to see get another chance at  love. In the last few weeks, one name is quickly moving to the front of the pack: Michelle Young.

Fans Clamor for Michelle Young as the Next Bachelorette

Michelle Young was late to Bachelor Season 25. She came in halfway through the season with four other new contestants. But she is the only one of the latecomers still there. During a recent episode, the blooper reel at the end solidified her in place fans’ hearts, if not Matt James’.

After earning a rose, Michelle Young was for the toast. But first, she dropped to the floor and did several push-ups. Fans were enamored by her bubbly personality. Even Matt James was impressed, complimenting her on her “good form.”

While Matt James liked her push-up technique, that doesn’t guarantee her the Final Rose. There’s a chance she won’t end up his final choice and if not, then fans want her as The Bachelorette.

The official ABC Instagram shared a preview of her hometown date with Matt James. During the date, her students virtually interrogate The Bachelor about his intentions for their teacher. Michelle Young teaches elementary students at a school in Minnesota.

Despite what spoilers say, some fans held out hope for her to get the Final Rose. Other fans flooded the comment section, demanding Michelle Young as the next Bachelorette.

Earlier this month, Reality Steve got the scoop about the next season of The Bachelorette. The show is supposed to film next month, but is still without a lead. Sources told the Bachelor Nation spoiler guru that Katie Thurston was named the next lead during the Women Tell All taping.

But in a recent Reader Emails section of his blog, he seemed to imply things have changed. The entire Bachelor franchise has been embroiled in yet another scandal involving race. From what he’s hearing from his sources now, ABC has backed off Katie Thurston as The Bachelorette. Reality Steve didn’t elaborate on the change, but heavily implied that they are looking for a more diverse lead.

And What About Abigail Heringer for Bachelorette?

Along with Katie, Abigail Heringer is another fan-favorite. After her elimination in the last episode, fans renewed their calls for her to be the next Bachelorette.

After Matt James’ historic season as the first Black Bachelor, casting Abigail would be equally groundbreaking. She would be the first deaf Bachelorette in the franchise’s history.

Entertainment Weekly reports that the Women Tell All special airs on March 1st. Fans may not have to wait long for an announcement about Season 17 of The Bachelorette.

Will Chris Harrison Return to Hosting in Time for The Bachelorette?

Another thing that’s up in the air is whether Chris Harrison will be the host when The Bachelorette returns. Filming is reportedly starting sometime next month. Last week Chris Harrison vowed to “step aside” for a “period of time” for some self-reflection. Since most of The Bachelor Season 25 was already filmed, he will only miss the After The Final Rose special.

ABC has yet to announce any plans for a permanent hosting change. Nor have they said how long Chris Harrison will be gone.

Do you want Michelle Young as the next Bachelorette? Let us know your thoughts in the comments down below. Join our Facebook group to chat with other Bachelor Nation fans.