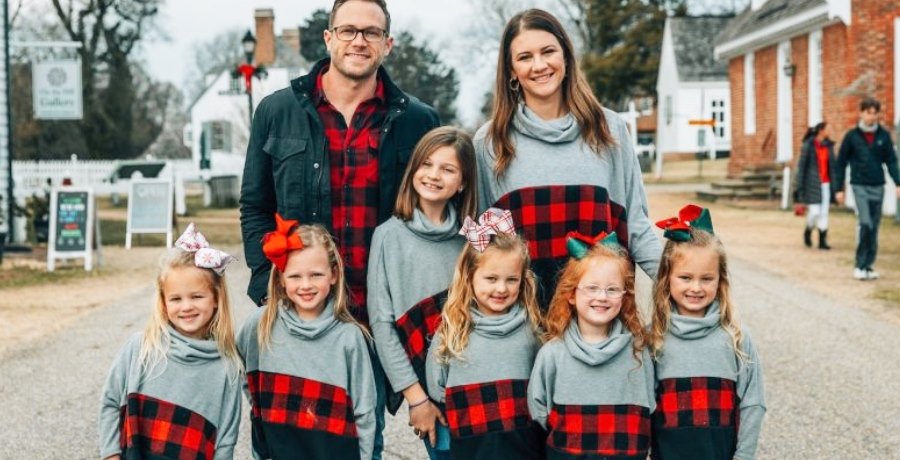 The Busby family of Outdaughtered seems to be getting a bit of cabin fever. The family posted to their Facebook page, It’s a Buzz World they were looking forward to a vacation. The family posed for a picture in the airport all wearing masks. You can see that they’re grinning behind them.  They commented they were glad it came in between the winter storm. Texas dealt with uncharacteristically cold weather and snow. Several people went days without power.

The family posted, “though we are sad to leave our state behind for a few days, vacation has been planned and we Texans are ready for some weather we are used to.” Adam Busby’s Instagram story had videos in Florida. The girls and Danielle are waving while riding on an airboat. Adam captioned the video, “doing Florida things.”

What Did Fans Have To Say About The Busby Family Vacationing?

It’s not just Danielle and Adam with their Busby family. Some other couples and their kids are coming along for the ride including Uncle Dale. One fan said, “I don’t know how you organize a vacation for this many families but I’m sure it’s always worth the effort & is creating such wonderful memories.”

Of course, there were some haters. One fan said, “When people are asked not to travel. Why show others this risky behavior especially with young kids.” Other fans expressed concern they traveled in such a large group. One would argue anytime they go anywhere they are a large group because they have six girls.

During the pandemic, since the beginning, there have been two sides.  Those who don’t think people should travel and those who continued to do so safely. Both are represented in the comments.

There are several fans that support them being able to travel. One said, “Enjoy! Being stuck inside with all your kids and extended family has got to be nerve-wracking! People who don’t like it, tough!”

Uncle Dale Has A New Look For The Trip

Uncle Dale, part of the Busby family, showed off a new look. Danielle Busby’s brother-in-law is a fan favorite. One the picture he said, “hope ya’ll like my new blue perm.” His hair in the picture is blue. In a recent post on Adam Busby’s Instagram, he posted a picture of Dale looking disgruntled with him and Danielle. He captioned it, “The look of frustration on @dpmills10 face when he gets put on the spot while on the interview couch… he is much better in scene with his witty outbursts!”

Another poster said of the vacation picture, “Uncle Dale isn’t holding Hazel? Does he have a new favorite?” What do you think about the family headed to warm weather? Comment with your thoughts below.