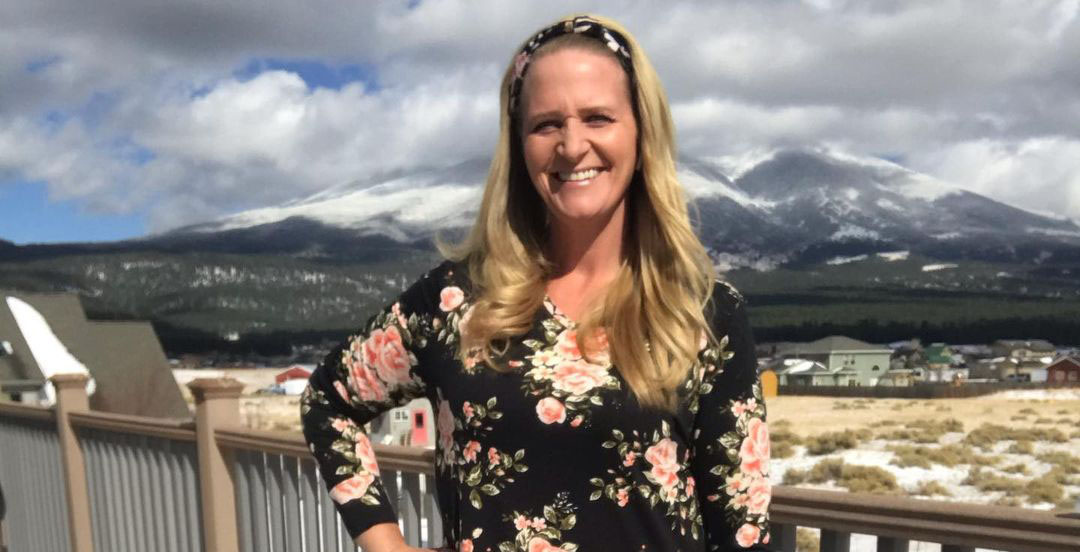 With the new season of ‘Sister Wives,’ it seems like the wives are becoming more active on social media. Or at least the fans (and trolls) are taking notice of the things the women post lately. This is especially the case of a recent photo that Christine Brown shares on Instagram.  Some viewers have no qualms expressing their opinions on Christine’s lifestyle.

Christine Brown is the third wife of polygamist Kody Brown from TLC’s hit show Sister Wives. She is the third wife to marry Kody and the two have six children together. For a long time, Christine was the latest wife, until Kody added Robyn to the mix. That being said, fans of Sister Wives probably feel pretty familiar with Christine.

Shortly after the most recent episode of Sister Wives aired, Christine Brown shares a beautiful photo on Instagram. She appears to be on a balcony or porch somewhere cold. There is now on the ground and snow-capped mountains in the background. Additionally, Christine is wearing a beautiful navy top with pink roses and blue jeans. Her hair is wavy and she looks slender.

Many of the comments remark on how beautiful she looks. One fan writes, “You are my favorite! Remind me of my mom! What a rockstar.” The same fan reveals that are “almost done binging from the beginning and you are still my fave.”

Other comments on the post want to know more about Christine Brown. Several fans ask where they can watch all the episodes of Sister Wives and fellow fans let them know about streaming on discovery +. Another frequently asked question is inquiries about how Christine lost so much weight.

Are Sister Wives Heading For The End?

One of the more heavy-hitting comments remarks on the latest episode. The comment reads as follows. “Watched your new episode and curious why you of all the wives are in a plural marriage? Seems like you are the less likely to be able to pull it off.” And others agree.

One viewer writes, “That’s exactly what I was thinking she’s jealous of the other wives so she should go out and find her a husband that she don’t have to share with anyone else and she will always be number one in his life.” And bringing the point home, another viewer writes, “These are the most unhappy group of women I’ve ever seen. Plural marriage does not work.”

While it seems like Christine Brown doesn’t make the headlines about being unhappy as often as some to her other sister wives, there is definitely some tension going on in the dynamic. Even Kody Brown recognizes it. He admits in a recent episode that he has “Meri mad and Christine mad.” It seems like much of the discourse among the women and their man stems from their move from Utah to Nevada. Consequently, moving from Nevada to Arizona probably doesn’t help matters. And for some reason, the women don’t want to live in one house.

Do you think Christine Brown has had enough of plural marriage? Do you think the Sister Wives will ever be happy again? Let us know in the comment section below. Come back to TV Shows Ace for more news about your favorite TLC stars.