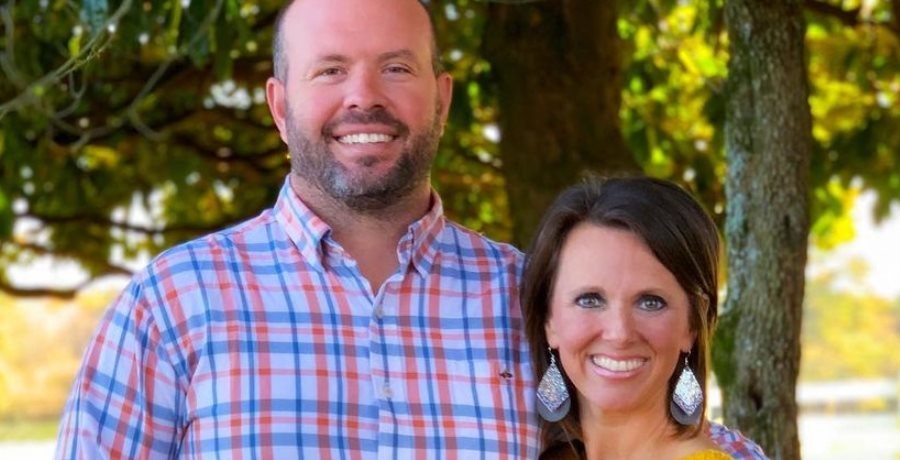 Sweet Home Sextuplets stars Courtney Waldrop and Eric Waldrop have by far one of the most enduring love stories of all. It’s not often you meet your soulmate when you are barely teenagers. Yet that’s exactly what happened with is this dynamic couple. However, as teenagers, neither could have envisioned the life they’d end up building together.

Today Courtney Waldrop shares a special “Throw Back Thursday” message commemorating the first time she met her now-husband. Continue reading to hear all about that fateful day and also to see a throwback picture from their pre-kids days.

Sweet Home Sextuplets celebs Courtney Waldrop and Eric Waldrop have known each other most of their lives. About 25 years ago, almost to the day that Courtney says she met Eric for the first time.  So, she was a mere 13 years old, and Eric was 14. The two were at a basketball game.

Sweet Home Sextuplets mom of nine Courtney Waldrops says she even remembers what she was wearing that day. She finds that funny cause these days, Courtney says she cannot remember what she wore yesterday or where she left her keys, sunglasses, or mask. However, the day she met the man that would be her husband, she remembers every detail of her outfit.

Courtney Waldrop Wishes She Had A Picture Of That Day

Sweet Home Sextuplets fans know Courtney usually has a camera with her everywhere she goes. This photo obsession did not start when she had kids. Rather this dates back to high school. Courtney says she always had one of those disposable cameras with her. Now technology has made the ability to capture the moment so much easier.

Although the day Sweet Home Sextuplets parents Eric and Courtney Waldrop met is burned into Courtney’s mind, sadly, she doesn’t have a picture from that day.  That’s one thing about that day she wishes she could change.

The Waldrops met when they were teenagers. They went through high school and college together before marrying in 2004.  They were married almost four years before welcoming their oldest son Saylor Waldrop. Then four years later, they welcomed twin sons Wales and Bridge. Then, of course, their family supersized with the arrival of their sextuplets, three girls, Rivers, Rawlings, and Rayne, and three boys, Tag, Layke, and Blu.

It’s been a crazy 25 years for Courtney and Eric. And with nine kids to raise and lots of grandchildren in their golden years to look forward to, the next 25 years surely will be exciting for the Waldrops.