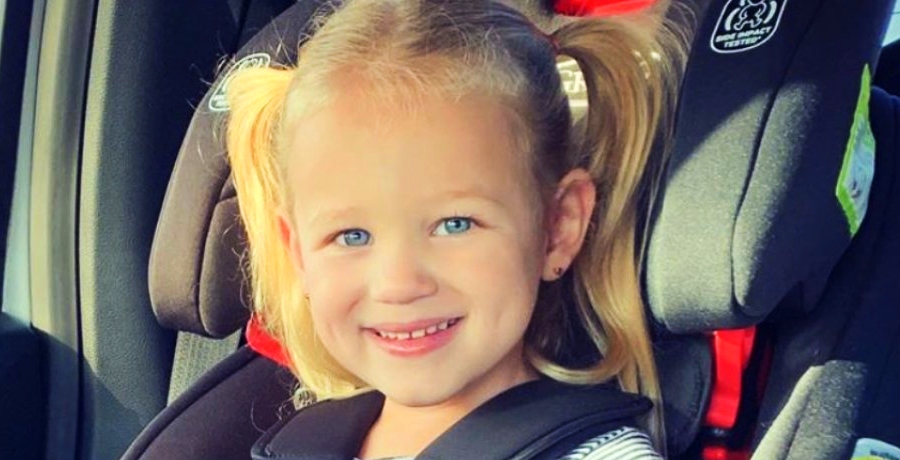 OutDaughtered star Riley Paige Busby is often referred to as the smartest of the five Biusby quintuplet sisters. Each one of the sisters has their own unique personality, strengths, weaknesses, and skill set. However, Riley happens to excel in academics.

So after strong consideration, Danielle and Adam Busby decide to allow Riley to advance to their private preschool version of kindergarten. The rest of her sisters remained in Pre-K. However, as the five girls enter the Texas public school system, Riley and Ava, Parker, Olivia, and Hazel start kindergarten. Here’s why Riley is in Kindergarten and not first grade as OutDaughtered Season 8 sets to debut on TLC.

OutDaughtered quint Riley Busby loves school. Her test scores proved that love. Of all her sisters, Riley tested the highest consistently each time they were evaluated. More than once, Danielle and Adam Busby struggled with the decision of allowing Riley to advance academically ahead of her four other sisters. Finally, in the quits final year at preschool, Adam and Danielle decided Riley could move into the school’s version of kindergarten.

All the OutDaughtered quints were separated into different classes that year as well. Their parents wanted to make sure each of their daughters could function independently in a school setting without using another sibling as a crutch. All the girls excelled while separated. In fact, it made them appreciate the time they spent together even more.  They actually had time to “miss” each other.

OutDaughtered quintuplets Ava, Olivia, Parker, Hazel, and Riley Busby, graduated from pre-school this Spring. Like many other five-year-olds, this year’s graduation looked a lot different. Still, it was a huge milestone for these children. After all, they started life in the NICU (Neonatal Intensive Care Unit) as preemies.

OutDaughtered mom Danielle Busby is one proud momma. Now the quints get to enjoy three full months off from school. Once August rolls around, the quints will head off to five-day-a-week in-person instruction. This will put an end to their parent’s stints as homeschool teachers.

OutDaugtered: All Five Quints Including Riley Enroll in Public School as Kindergarteners

All six of the OutDaughtered sisters will attend in-person classes this semester. The quints start their semester in August, while big sis Blayke starts middle school in September. Many fans wonder how it is that Riley is not in the first grade this year. Recall Danielle and Adam had Riley skip a grade in Pre K.

However, the five quints will all be in Kindergarten together. Riley took part in Pre-K’s advanced classes, but all the sisters will start public school on equal footing. No, Riley was not “held back.” Rather, all five girls are being afforded the same opportunities in the Texas school system.

Perhaps in the future, Riley may end up skipping a grade or graduating high school early. But for now, all the girls are excited to be Kindergarteners this fall, as we’ll see on Season 8 of OutDaughtered.

Make sure to check TV Shows Ace often for all the latest OutDaughtered news, updates, and spoilers.