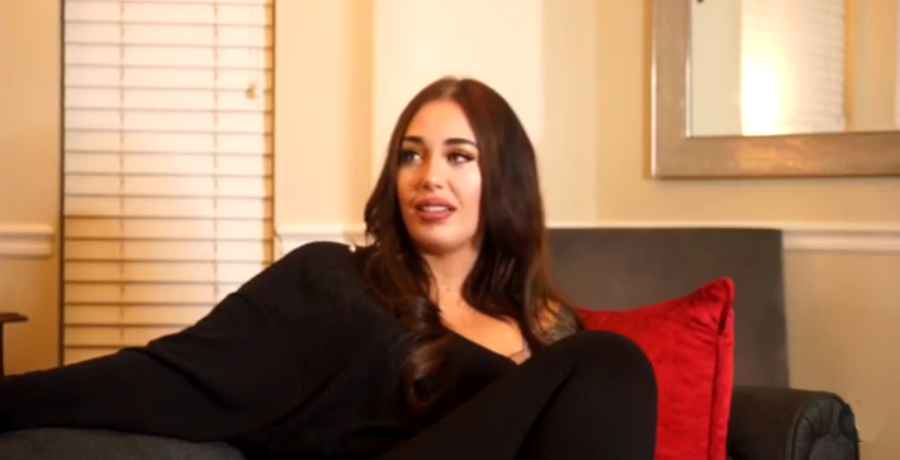 90 Day Fiance: The Other Way alum Deavan Clegg can’t seem to catch a break. What with her failed marriage, child abuse allegations and more, the former TLC reality star is now being hit by haters. Their latest claim is that she is overweight and she has had enough.

Viewers first met Deavan Clegg when she starred on 90 Day Fiance: The Other Way. She appeared with her South Korean husband, Jihoon Lee and their son Taeyang. The marriage turned out to be a disaster, mainly due to finances. It seems Jihoon couldn’t hold down a decent job.

However, since she returned to the US, there have been allegations again Jihoon for abusing her daughter, Drascilla. She is Clegg’s daughter from a previous relationship and had apparently Lee been was pulling her hair. The divorce between Deavan and Jihoon led to him launching a suit for child custody, which is ongoing. Needless to say, much hate has been aired on social media against both parties.

Once back home, Deavan became involved with an American South Korean, Topher Park. To all intents and purposes, Topher seems to be a great dad to both Taeyang and Drascilla. This is not an easy situation for Jihoon, as anyone can imagine.

However, Deavan has also experimented with lip fillers – in many people’s opinions she has overdone this aspect entirely. She also turned herself platinum blond. However, her major problem with haters relates to her weight.

The former 90 Day Fiance star took to Instagram to slam the haters while posting two images for comparison. Deavan titled her lengthy caption, “For people shaming me for my weight gain.” She wrote that it is never okay to body shame. Clegg did admit that she has gained weight since she returned to America, but says she is “healthy and thriving.” However, she wrote that people are constantly laughing and pointing the fact out, which she says is “never okay.”

Deavan has seen a lot of fan pages, or rather hate pages, shaming both her and her boyfriend’s body. She goes on to stress that they are both healthy and thriving. Despite this, she has had many private messages over the past couple of days from people saying how disgusting her body is. They tell Deavan she needs to lose weight.

However, she says she suffered from an eating disorder in her early teens and early 20s and says people can imagine how much this would affect her. Meanwhile, Deavan is finding herself skipping meals again. However, she says she is better than that and is strong. In fact, she is okay with her weight gain, because she is healthy.

Deavan points out that in the second image (above) she only weighed 115 pounds and she is 5’ 9”. However, now, and in the first mage, she is at a healthy weight. Clegg stresses that the body-shaming has lately become sickening to her. She writes, whether it is her body or her face, it is not okay to shame anyone for how they look or want to look. Deavan closed her post with the hashtags #bodyshaming #bodyshamingisnotokay #love #eatingdisorderrecovery. Readers can catch the full post on Instagram here.

Deavan does have a point. However, if you appear on reality TV, you are likely to be targeted by haters. Often the fans do outnumber the haters, but for anyone sensitive, it can be very difficult. Clegg should probably exchange notes with fellow 90 Day Fiance alum, Larissa Lima, who had no end of plastic surgery procedures. Haters won’t leave Larissa alone either.

Readers can catch Season 8 of 90 Day Fiance on TLC, Sundays at 8 pm ET.