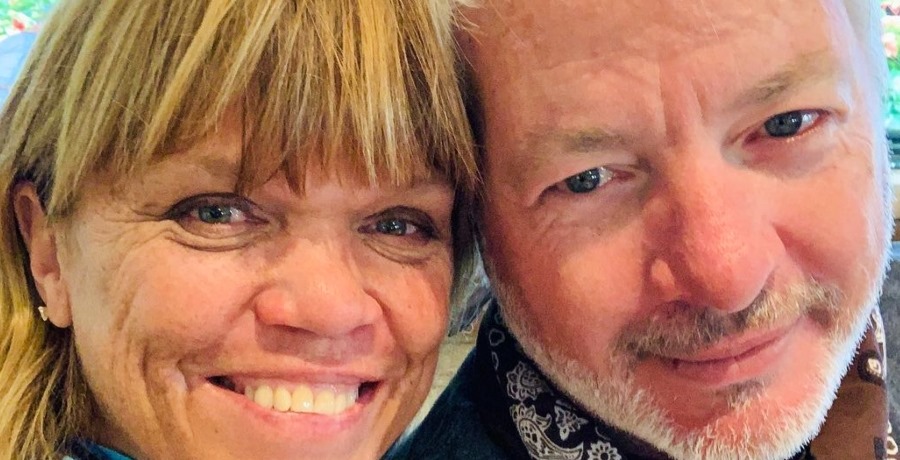 Little People Big World star Amy Roloff and her fiance Chris Marek got engaged in September 2019. The couple was celebrating their dating anniversary. So Chris decided this was the perfect time to ask his love to be his wife. Since then, fans of LPBW anxiously awaited for Amy to announce when her wedding to Chris will be and if it will be filmed for her family’s hit TLC reality show.

Before The COVID-19 pandemic, Amy announced she and Chris were waiting until 2021 to wed. She cited financial conservatism as the reason. However, once the pandemic hit, many fans expected Amy and Chris to postpone their nuptials once again. Now recent social media comments by Amy Roloff shed light on when she and Chris Marek will become Mr. & Mrs.

Little People Big World celeb Amy Roloff gushed over her fiance Chris Marek in a special Valentine’s Day post. Originally the couple planned a romantic road trip getaway to Idaho. However, Mother Nature had another plan when a winter storm forced them to have a staycation instead.  Amy made her man a steak dinner and his favorite desserts for the special occasion.

However, eagle-eyed Little People Big World fans noticed something in her caption that has them all abuzz. Amy says this is their fifth Valentine’s Day together. Then she says this is the last one they’d spend “single.” So Amy’s post alludes to a confirmation of a 2021 wedding. Most likely, the wedding will also be in September, to coincide with the couple’s current anniversary.

Little People Big World matriarch Amy Roloff took time from her Christmas shopping to do a little dress shopping. Usually, brides order their dresses a minimum of nine months ahead of the big day. This allows time for the dress to come in. Then, of course, there are alterations. Although Amy shared, she started her hunt for the perfect wedding gown, as of now, she’s yet to confirm she’s said yes to the dress.

Like many of her Little People Big Wold fans, Amy Roloff put on a few COVID pounds this past year. So as Amy prepares for her big day with Chris, the LPBW star also embarked on a diet and exercise routine to make sure she looks her best when she says ” I Do.”

Little People Big World fans will be happy to know Amy Roloff’s wedding to Chris Marek will be filmed for her hit TLC reality show. Like her twin sons Zack Roloff and Jeremy Roloff, Amy Roloff will say I do to her groom Chris Marek, as TLC’s cameras roll.

However, unlike her sons, Amy’s wedding will not be held at Roloff Farms. It makes sense since she no longer lives at the farm. Matt Roloff, Amy’s ex-husband, says he will attend his ex’s wedding if invited. Certainly, that would make all their children happy to see the family come together and celebrate Amy’s next chapter.