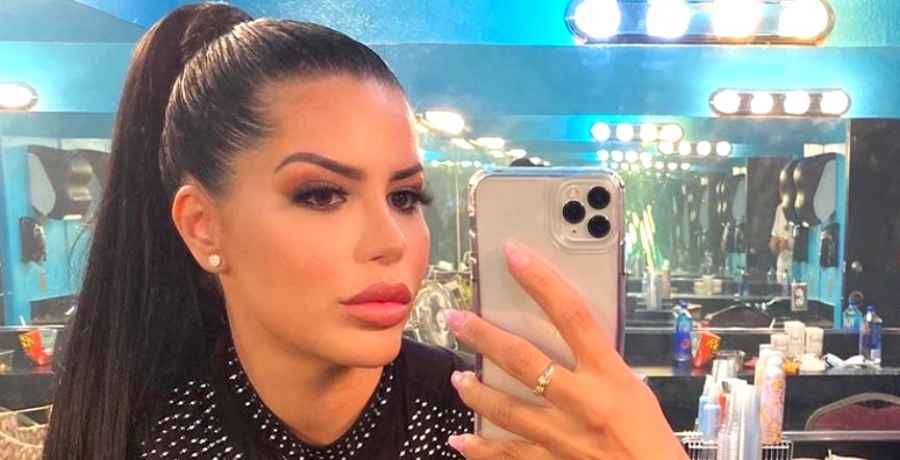 90 Day Fiance alum Larissa Lima is a fan-favorite character who has gone through a major revamp since she first joined the TLC reality show. Since leaving reality TV, she regularly changes her Instagram account from public to private. Fans are wondering why she does this. Is she trying to gain more followers? Doesn’t she have enough already?

Larissa Lima has come a long way since she was released from her TLC contract. That happened after the Brazilian bombshell opened an account on the adult-only platform, Camsoda. It seems she revealed a bit too much for TLC’s liking. However, Larissa loves attention and has been finding ways to keep her fame alive.

First, she started doing Cameos, and then she joined the popular platform, OnlyFans. By doing so, she certainly has attracted plenty of the attention she yearns for. However, fans have noticed that Larissa keeps changing her Instagram account from public to private. They ask, is she doing this to gain even more admirers and followers?

Larissa and Colt on the TLC reality show

Viewers first got to know Larissa on Season 6 of 90 Day Fiance where she appeared with her now ex-husband, Colt Johnson. Lima certainly had problems with Colt and his ever-present mom, Debbie. In fact, it was so bad, the pair divorced after only six months of marriage. This happened after Larissa was arrested for misdemeanor domestic violence.

After splitting from Colt, the Brazilian beauty moved on to her on-again-off-again boyfriend, Eric Nichols. They starred together on the spinoff show, 90 Day Fiance: Happily Ever After? Soon afterward, TLC fired Lima for her controversial appearance on CamSoda.

Since then, she has been busy with her many plastic surgery procedures, along with various online ventures. One, in particular, proved profitable, as Larissa claims she earns tens of thousands of dollars each month on OnlyFans. She does this by sharing provocative images of her enhanced assets. While her surgeries cost some $72,000, they were certainly worthwhile financially.

To keep in the eye of potential fans, people using OnlyFans have to find ways to advertise themselves. Larissa’s best method is to frequently share information about her OnlyFans with her more than 750k Instagram followers.

Probably to gain more of a following, Lima changes her Instagram profile on a regular basis from public to private. In fact, she seems to do this a number of times each day. Larissa regularly makes her account private while she sleeps. However, once she awakes, she changes it from private to public during the day.

While this might seem confusing to many, it is apparently a popular technique to gain followers. When she is public, curious Instagrammers browse her impressive content. Then, when she turns it private, they are locked out and find this frustrating. Following Larissa is the easiest way to have constant access to her many charms. With Larissa having paid partnerships, along with her OnlyFans account, this gives the former reality star a strong incentive to increase her following on Instagram.

Screen Rant notes that on SocialBlade, a website that charts growth on popular social media accounts, Larissa’s following has steadily risen recently. For instance, between August 3 and January 1, she gained 281,580 followers to her Instagram account. However, despite this, she still has a relatively low engagement rate of just 1.37 percent. This makes it seem her followers only want to look and not react to her posts.

Admittedly, the data is a month or so old, but it does reveal she gets a relatively low 9,678.20 likes and 188.29 comments on average per post. Also, it should be noted that the data can only be gathered when Larissa’s profile is set on public. This gives a strong indication that she is working on growing her following.

It is unclear whether Larissa is getting help in her endeavors, but it does look like she is heading onward and upward since leaving 90 Day Fiance. She certainly seems to know how to grow her social media following and make money from it.