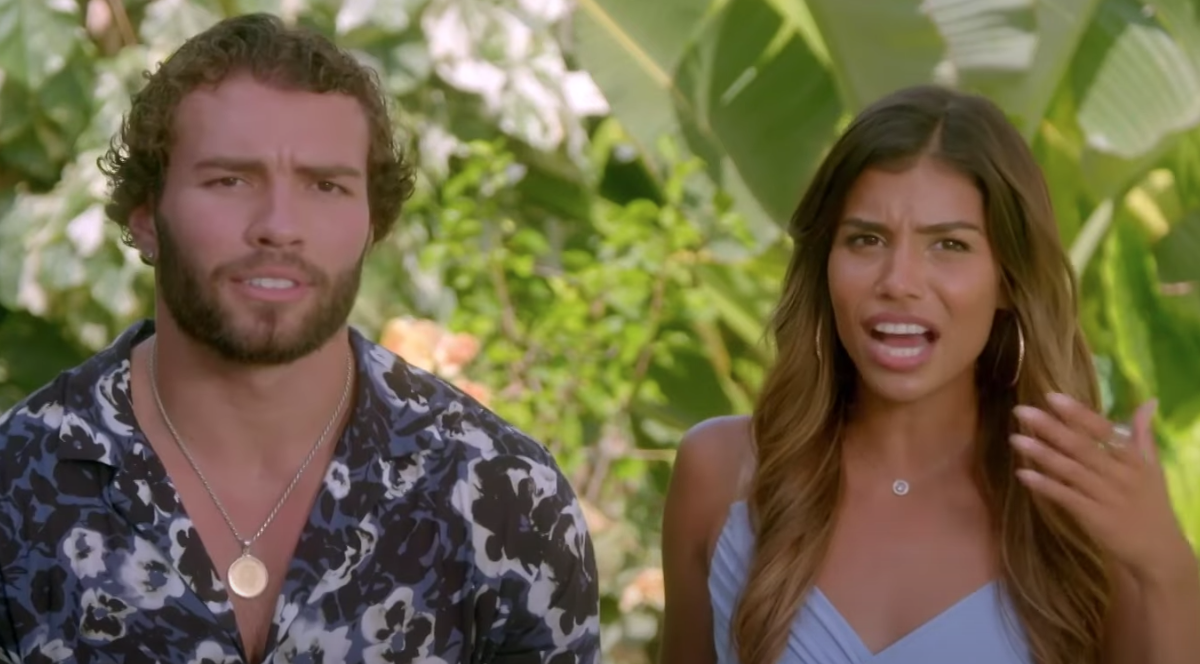 Temptation Island is back on February 16 which means a whole new round of couples seeing if the single life is the life for them. Now, fans are learning more about this season’s contestants.

Temptation Island is back and better than ever. But, who can fans expect to see compete this Season? One of those couples is Erica and Kendal. The show tweeted about this rocky couple back in January Nicki Swift says.

“She wants commitment, but are his ambitions bigger than their relationship? Meet Erica and Kendal,” the tweet reads.

Already sounds like the couple has a lot of issues.

Apparently, overall Kendal worries about goals and lining those up. Kendal says he is scared that Erica won’t fit into the life goals he has created for himself. However, this isn’t a two-way street. In fact, Erica isn’t too worried about the couple at all. Other than feeling ‘underappreciated’ she is very happy with Kendal.

Sounds like there will be some major issues with this couple.

This Temptation Island couple is only 26 years old. However, they have a really deep past. Apparently, they were high school sweethearts. However, despite this rich past, Julian has cheated on Kristen two different times. Of course, Julian wonders if Kristen will ever be able to move past the cheating.

They hope that being on the show can make their next steps in love more apparent.

Next up, Chelsea and Thomas will be seeing if the single life is the life for them on Temptation Island. This relationship has been much shorter. They have only been together for a year. However, they are ready to see if their love can stand the test of a bunch of single people.

Apparently, Thomas is pretty flirty. This was great when he was wooing Chelsea. However, now in social settings, Chelsea struggles to not let her jealousy take over. Honestly, who can blame her?

Not only is the flirting an issue but apparently Thomas has openly admitted he isn’t super into commitment. This is definitely a red flag if Chelsea is looking for someone to spend the rest of her life with.

Who are you most excited to see compete on Temptation Island? Let us know in the comments below and come back to TV Shows Ace for more news on all of your favorite reality TV stars and shows.