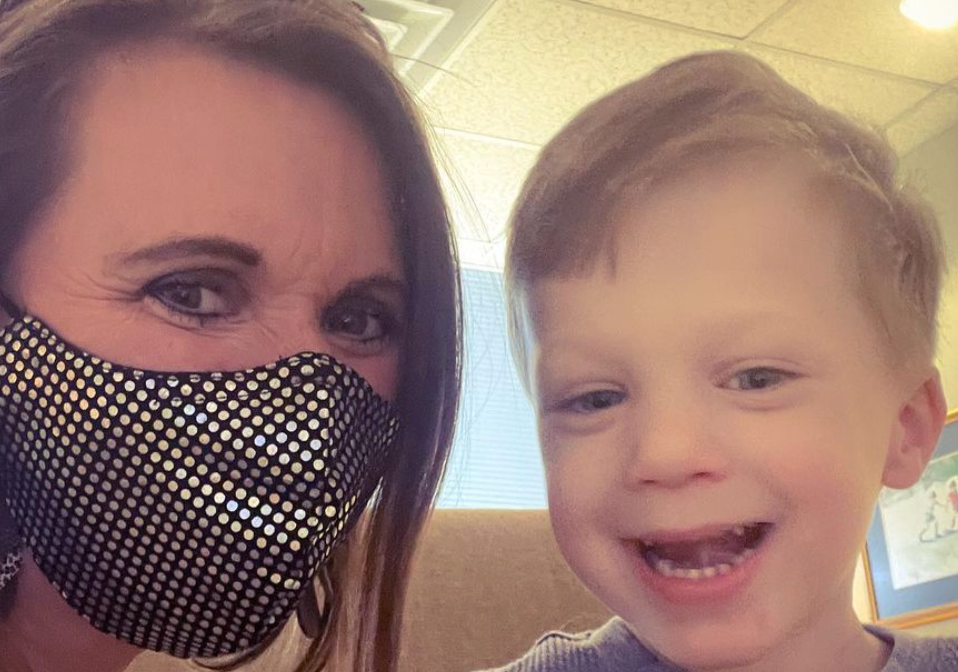 Sweet Home Sextuplets mom Courtney Waldrop shared some exciting news with her social media followers on Wednesday. She says that Layke’s health issue is improving, and the family received a great report at his latest checkup. So, what’s going on with the little guy, and what’s the positive update all about?

Courtney explains, “This little fella (Layke) was diagnosed with VSD when he was in the NICU. That little hole in his heart has gradually gotten smaller as time has gone by🙌🏻 and he’s been doing great….but today at his appointment was the first time we’ve heard ‘it’s to SMALL to even measure’🙌🏻🙌🏻🙌🏻 ”

VSD is the acronym for ventricular septal defect. There is typically a hole in the wall in between the heart’s lower chambers. Babies may be born with VSD, or it can appear in adults as a result of a heart attack. Since Layke was diagnosed with VSD in the NICU, it’s likely that he was born with it. This is the most common way that VSD occurs.

On her Instagram page, Courtney shared a series of photos of Layke. They were taken at the hospital during his appointment. It looks like both his parents were able to take him to the hospital for the checkup.

You can see all of the photos here.

After reading Courtney’s post and scrolling through the photos, fans are commenting and saying how glad they are that Layke is doing well now. They hope that Courtney continues to keep them updated on his health, especially if there are any issues. Fans seem to be very supportive of the family, and they love the little kids. So, they want to support them however they can.

In the comments section, a few fans are criticizing Courtney for the typos in her post. But others are pointing out that she’s a busy mom of nine kids. So, they don’t expect her social media posts to be flawless.

So, did you know about Layke Waldrop’s heart issue? Do you love the new pictures of the little guy? Let us know in the comments below.

For the latest updates on the Waldrop family, check back with TV Shows Ace.

‘Seeking Sister Wife’ Dimitri Files For Divorce From Christeline
Did Tammy Slaton Skip Amy & Michael Halterman’s Wedding?!
‘Below Deck Down Under’: Where Can You Watch It?
‘Bachelor’ Colton Underwood Reveals If He’s Single Or Taken
Adam Busby Rolls Eyes As His Baby Boy Licks His Knee