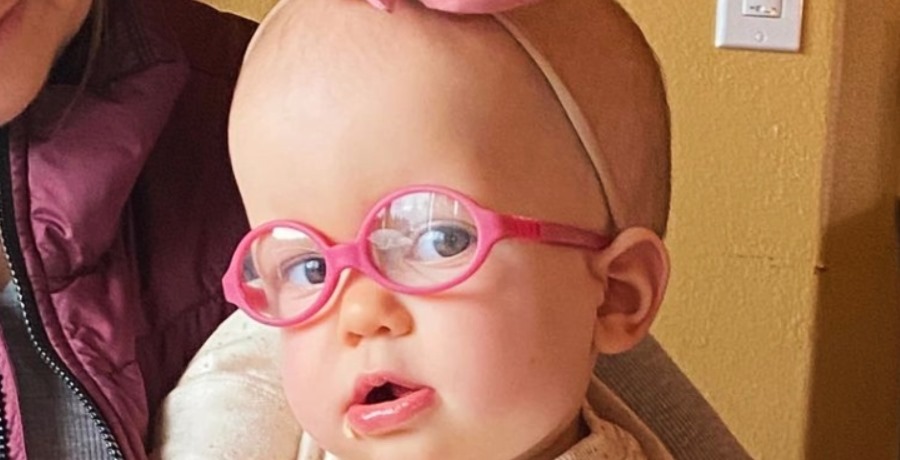 Little People Big World star Matt Roloff loves more than anything being a grandpa to all four of his grandchildren. The best part of parenthood is when you get promoted to grandparenthood. This past weekend Matt Roloff spent the day watching his son Zach Roloff and daughter-in-law Tori Roloff’s two kids, Jackson Roloff and Lilah Roloff. These two kiddos certainly gave grandpa a run for his money. However, it was little Lilah Ray that actually busted her grandpa in a lie.

Little People Big World patriarch Matt Roloff had the honor of watching two of his four grandkids yesterday afternoon. No doubt Zach and Tori enjoyed a little kid-free time while Jackson and Lilah spent time with their grandpa and his girlfriend Caryn Chandler. The kids were there during snack time. Grandpa Matt served up some Ritz crackers for the kids.

Little People Big World cutie Lilah Roloff loved her salty and crunchy little snack while sitting on her Cha Cha’s lap. Also, young Lilah must’ve learned the art of sharing. Cause what happened next really got her grandpa caught but good.

Nothing gets past Little People Big World scene-stealer Lilah Roloff. She offered Matt a bite of her already soggy and half-eaten Ritz cracker. So Matt pretended he ate the cracker-like any good grandpa would do. He further went to pretend he liked it too. However, Lilah wasn’t buying it. She may be only 15 months old, but she’s quite observant and rather smart for her age.

Lilah shot Matt a look of perplexment with the Little People Big World grandfather grabbing his camera to capture the moment for eternity on film. Matt says the look his granddaughter shot him would translate to this if she could actually talk,”. she looked at me like… “grandpa.. you didn’t fool me for one second.. that cracker I gave you is behind your back… now eat up!”

Little People Big World mom Tori Roloff was quick to echo Matt’s observation about her daughter. Of course, Tori knows firsthand just how much doesn’t get past her little mini-me. Lilah certainly is well aware of everything that goes on around her. It will take a lot more than hiding a cracker and pretending to eat to trick this infant.

So Lilah Roloff caught her grandfather in a little white lie. It makes you wonder what else Lilah knows that we don’t know she knows!