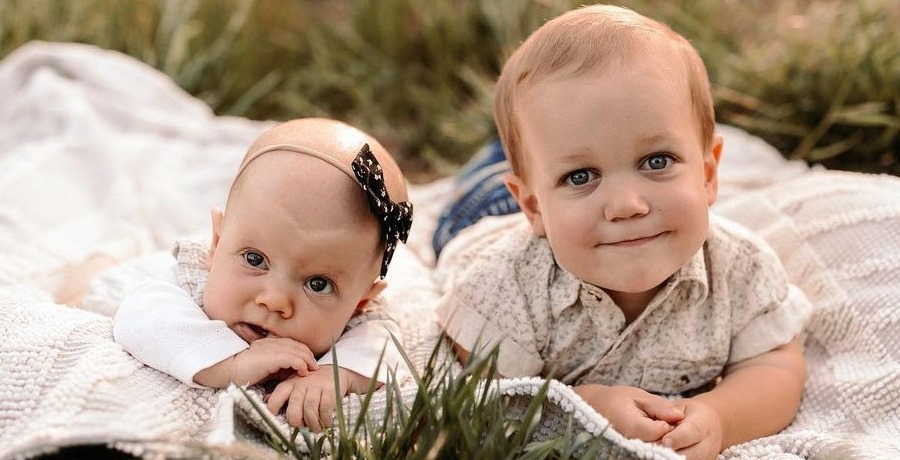 Little People, Big World scene-stealer Jackson Roloff, adores his little sister Lilah Roloff. The two have become besties. It’s obvious Lilah looks up to her big brother. It’s also obvious Jackson is a great role model and teacher to his baby sister. Just this week, the adorable toddler took it upon himself to teach Lilah a new skill.

Little People, Big World: Lialh Roloff  Wants To Be Like Her Big Brother

Little People, Big World’s Lilah Roloff looks up to her big brother Jackson Roloff. After all, it is he that has years more experience navigating the world. So, of course, she leans on him to show her the ropes. Of course, young Jackson loves being the center of attention. So often, he takes it upon himself to teach his baby sister a fun new trick.

This was the case this past weekend. The Little People, Big World siblings, were outside enjoying fun in the winter wonderland. As the two stood on a bridge, Jackson showed Lilah the art of tossing rocks and skimming the water. The Roloffs are outdoor types and love adventures. So it makes sense Jackson has mastered this type of skill. And now so has Lilah.

Little People, Big World cutie Lilah Roloff either doesn’t like the cold or got bored with the rock-throwing. Soon after watching Jackson and trying out the new fun activity, she burst into tears. Of course, there are many possible reasons for her sudden outburst.

However, LPBW fans know how much of a momma’s girl Lilah Roloff is. So it’s likely she just wanted her mom to come to rescue her. Lilah probably was tired as well. It could’ve been past her naptime. Either way, mom Tori Roloff saved Lilah from Jackson’s teachings.

Season 21 of Little People, Big World was cut short due to the COVID-19 pandemic. So fans are anxious to see a longer season when Season 22 returns to the schedule. Amy Roloff, as well as several other family members, confirmed they’ve resumed filming in November. So the next season will likely show the latest pumpkin season as well as the holiday season.

LPBW fans are curious if Zach Roloff did pursue purchasing the farm and moving his family into the house he and his siblings grew up in. So far, it’s hard to tell if Zach, Tori, Jackson, and Lilah are now living at the farm. Pictures shared on social media show the family at their own house, the farm, and many other locations in the area. So, we all will have to wait and see if Zach takes the plunge when the new season debuts later this year.