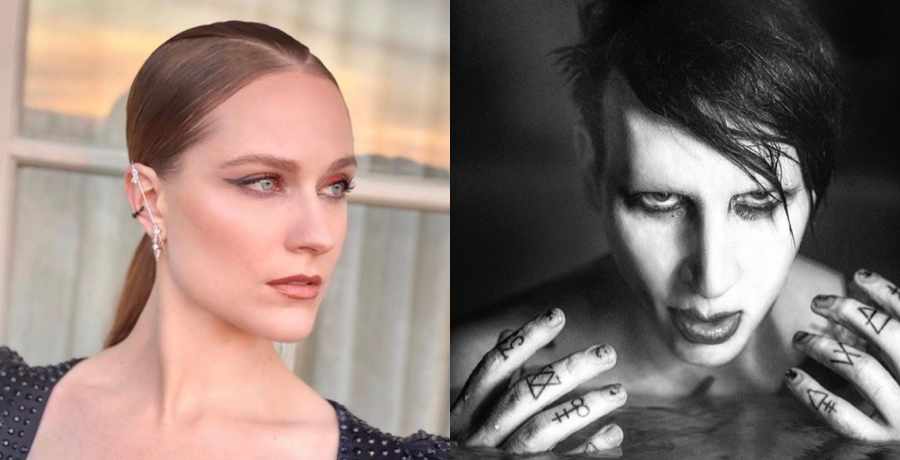 Westworld star, Evan Rachel Wood on Monday accused her former fiancé, Marilyn Manson of abusing her. The actress alleges that Manson groomed and abused her throughout their relationship. Further accusations have also come out by other women. Manson is now denying the allegations of abuse.

On Monday morning, Evan Rachel Wood took to Instagram to speak of Marilyn Manson. She said she started dating him in 2007 and became engaged in 2010. Wood accuses him of grooming and abusing her during their relationship when she was 19 and he was 38.

In her post, Evan wrote that the name of her abuser is Brian Warner, also known as Marilyn Manson. According to Wood, he started grooming her as a teenager and “horrifically abused” her for years. She claims that she was brainwashed and manipulated into submission.

Evan wrote that she will no longer live in fear of retaliation, slander or blackmail. She said she wishes to expose this dangerous man. She further went on to call out the many industries that have enabled Manson. Wood wants to stop him before he ruins any more lives. The actress added that she stands with his many victims, who will no longer be silent.

On her Instagram Story, Wood shared screenshots of posts by Manson’s other accusers. All of these claim they suffer from PTSD as a result of their alleged experience with Manson. Among them, Sarah McNeilly alleges that Manson threatened to bash her face in with a baseball bat. Ashley Walters and Ashley Lindsey Morgan claim they suffered sleep deprivation.

Speaking of the allegations, Manson took to Instagram to deny the claims. He wrote, “Obviously my art and my life have long been magnets for controversy.” Manson continued, saying these recent claims about him are “horrible distortions of reality.”

According to the actor/performer, his intimate relationships have always been “entirely consensual with like-minded partners.” Manson added that regardless of how, and why, others now choose to misrepresent the past, this is the truth.

Blowback from the accusations

Manson’s record label, Loma Vista Recordings said in a statement on Monday that they will no longer work with him. Their statement read that in light of that day’s disturbing allegations by Evan Rachel Wood and other women, naming Marilyn Manson as their abuser, Loma Vista will cease to further promote his current album, effective immediately. The company further wrote, “Due to these concerning developments, we have also decided not to work with Marilyn Manson on any future projects.”