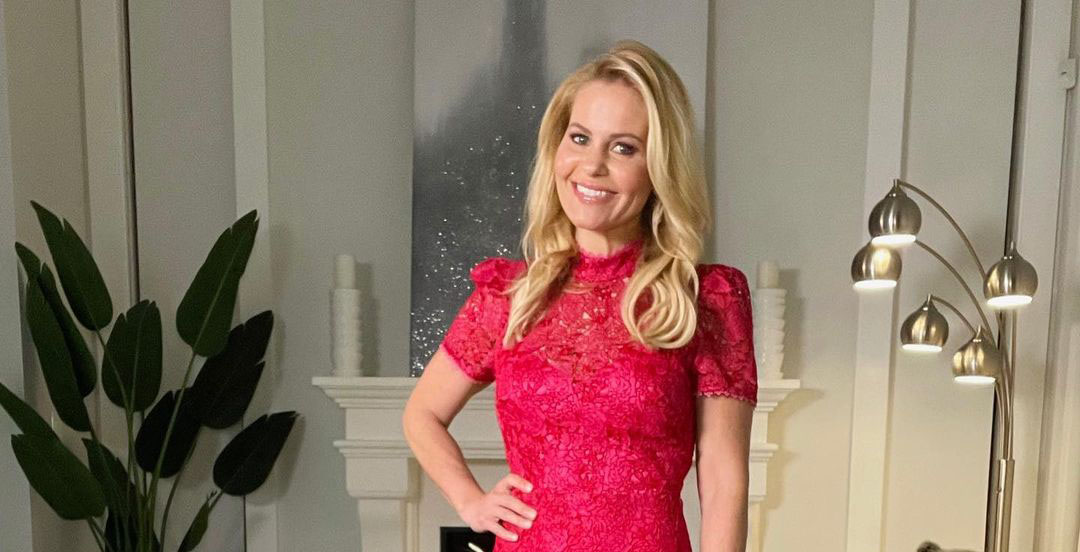 Candace Cameron Bure shared an inspirational message on Instagram. This comes after the Fuller House star has been battling online trolls on social media lately. Last month, Candace revealed to her followers that she’s resolving to read the Bible every day. Instead of talking about politics, she wants to talk about faith.

Since then, the former child star has made her vow. She wants to be a beacon of light for others on social media. However, it hasn’t always been easy. Candace receives her share of hate from the family photos she shares with the people she follows on Instagram. But Candace wants to focus on reading the Bible and sharing some of those verses on Instagram.

On Sunday, February 1, Candace Cameron Bure took to her Instagram Stories. She shared a passage from James 1:19 – 26. The highlighted verse reads, “My dear brothers and sisters, understand this: Everyone should be quick to listen, slow to speak, and slow to anger, for human anger does not accomplish God’s righteousness.” She read the passage out to her followers amid the scrutiny she’s received.

Earlier this month, Candace Cameron Bure clapped back at trolls who criticized her Christmas card photo on Instagram. In a new interview with E! News, the Hallmark Channel star explained why she wanted to speak out. Candace had to defend herself many times, especially when fans criticized her for posting an “inappropriate” photo of herself with her husband, Valeri Bure.

“You know, people forget that – yes, I’m a celebrity – but I’m a real person,” Candace said during E!’s Daily Pop on January 25. “I was simply sharing a family Christmas card. And it’s so strange to me that people have the audacity to write horrible and negative comments. Like, you would never say that to someone’s face.”

Regardless, Candace Cameron Bure feels it’s important to defend herself. She thinks that her haters should just keep their mouth shut and move on. But the Aurora Teagarden star can’t seem to escape the criticism. Some of her conservative Christian fans didn’t like the photo of her husband, Val Bure, grabbing her breast.

Candace Cameron Bure revealed that her daughter, Natasha Bure, came to her crying after receiving her share of social media hate. It never ends for the family. The Full House alum spoke to People about the downside of social media.

“My daughter deals with it a lot and she’s come to me many days crying because of what people have commented on her social media,” Candace said. “But I do tell her, ‘Listen, a lot of times, people are just writing mean things ’cause they’re trying to poke the bear. They just want to get a rise out of you; they actually want attention.'”

Candace said that she herself has let “a lot of it go,” but there are times when she has to stand up for herself. She wants them to know that there’s a human being behind the other screen. Other times, Candace likes to kill them with kindness. What are your thoughts on the actress getting all this hate? Sound off below in the comments.