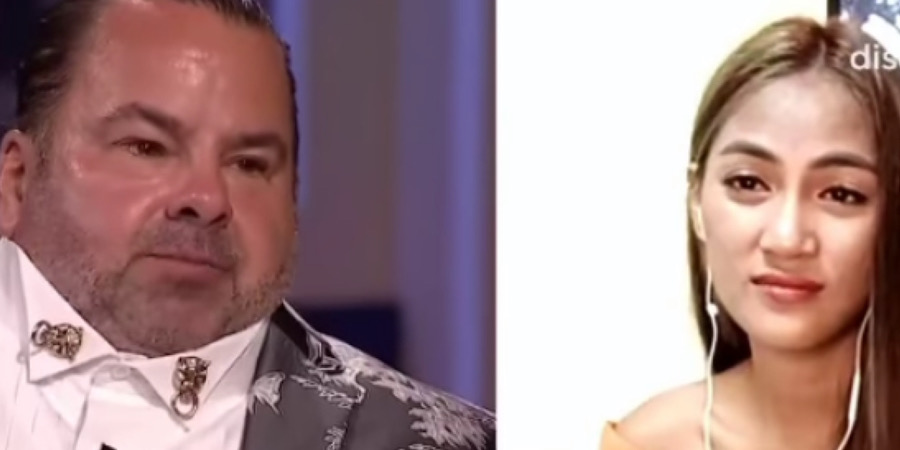 When viewers last saw Big Ed and Rosemarie interacting, it appeared she never wanted to be in his presence again. Apparently, anything is possible in the 90 Day Fiance world. Last night on 90 Day Bares All, the duo were reunited after nine months apart, albeit virtually. And it was time to see if the couple turned enemies could make amends.

Big Ed Ruins His One Chance At Love

Love was all new to Big Ed Brown. He had not been in a real relationship in almost three decades. Admittedly, he had some trust issues and had been catfished, leaving him very skeptical. Then, he met Rosemarie from the Philippines online. In her early twenties, she had a young son named Prince and lived in poverty. To appear more attractive to Rose, 54-year-old Ed started coloring his hair and even lied about his height. He went so far as to use mayonnaise in his hair because the dye irritated his already sensitive scalp. Dating someone so young caused a huge rift between Ed and daughter, Tiffany who was not much older than Rose. He still chose to fly overseas with an engagement ring in his pocket.

Upon his arrival, Rose was shocked by how short Ed was. She moved on and then he mentioned an STD test during a nice dinner. She was offended but agreed- if he took one, as well. He refused to do it in the Philippines so she walked away. They reconciled but he was not done throwing jabs yet. After they made loved, Ed commented on how hairy her legs were and gave her a razor. Then, he commented on her breath being bad and gave her mouthwash, a toothbrush, etc. The final straw was his failure to tell Rose he was getting a vasectomy. He had led her to believe he would have more children with her when this was a lie. When she found out, she left the resort they were at and flew home.

At the tell-all, Rose had some choice words for him even though she had moved on with a woman. Many felt he had been extremely insensitive in all aspects. It looked like they would never reconcile again.

90 Day Fiance Brings Big Ed and Rose Back Together

The fact that Rose was willing to speak to Ed again was a shock to him. But, she must have wanted some sort of closure and an apology. And she got just that. He apologized for how he acted during the tell-all, attributing it to being hurt and heartbroken. “You’ve helped me in so many ways, I’m very happy. I’m growing, I still have a lot to learn, but you admired me and you touched my heart, even though it didn’t work out.” Rose did accept Ed’s apology and shared she is no longer with the woman viewers saw at the tell-all. But, she did make it clear she did love Ed when they were together.

As for the vasectomy –Ed did go through with it but froze his sperm. Rose laughed as she shared her reaction to the news: “I’m happy for him, for whoever he wants to give his sperm to.” Neither one of them regret their experience or meeting one another. Big Ed is leaving the door open for more communication saying “Bye, for now,” when Rose exited the conversation. For both of them, it was great to get a resolution. As to whether they will speak more, time will tell. Do you think Rose and Ed can have a friendship? Let us know in the comments!