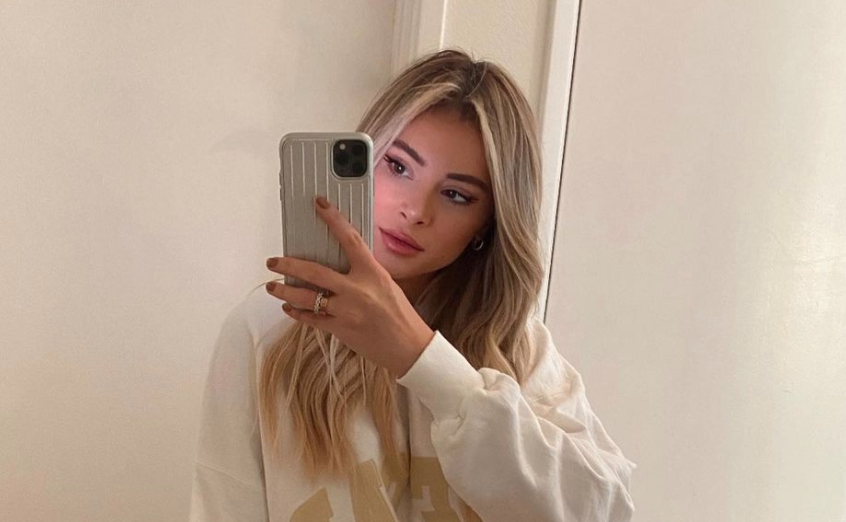 Bachelor alum Amanda Stanton may be in love again. This time, it’s with Michael Fogel. Do you think this relationship will last?

Then, she tried out another season of Bachelor in Paradise but ended up leaving in week 4. Amanda shares two daughters with her ex-husband Nick Buonfiglio. She has previously mentioned the struggle of co-parenting.

“I’m going to be honest because maybe it will help other single parents feel better if they’re in the same boat. I’ll never get into detail, but no, we don’t. I wish we did, but unfortunately, I don’t think we ever will,” she says originally.

It seems that Amanda has had a hard time finding love that’s true. Hopefully, she has it this time.

“Amanda Stanton has a new man in her life and his name is Michael Fogel. If you recognize that name, it’s because Fogel was previously linked to Corinne Olympios back in 2017! He also used to date Farrah Aldjufrie who is the doctor of Real Housewives of Beverly Hills star Kyle Richards,” @spillingtherose reveals.

Fans react to the relationship

Fans seem less than impressed by this pairing in the comments. One even claims he must be using her for clout. Some fans just straight up don’t like Amanda.

“Lol so he’s using her for clout. Copy,” one user writes.

“How many boyfriends has she had…,” another adds.

“She’s the worst,” someone else says.

It does seem like Amanda has had a lot of boyfriends. After all, just back in August, it looks like she was dating Oren Agman who was an attorney.

At the time, it seems she had a lot of support from friends and family. However, it seems that the relationship was short-lived.

Hopefully, this will be one of the last stops on Amanda’s dating journey and she can finally settle down and be happy.

What do you think of Amanda Stanton’s Bachelor dating history? Do you think it’s true love this time? Let us know in the comments below.

Come back to TV Shows Ace for more news on your favorite Bachelor Nation stars.