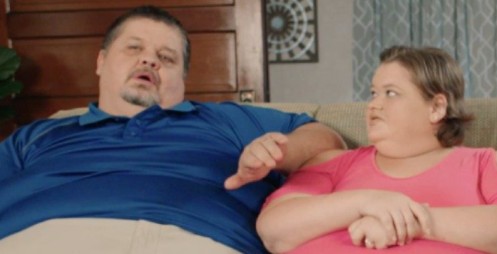 1000-lb Sisters stars Tammy Slaton and Amy Slaton have helped each other out a lot lately. However, Tammy seems to need more help than Amy or her brother Chris can provide. They know they must consider other help for Tammy now. Will they end up having to put Tammy in an assisting living facility until she loses the weight? Here’s what we know!

They already tried to help Tammy Slaton on ‘1000-lb Sisters’

On a preview of 1000-lb Sisters star, Chris and Amy sit down to talk about the future of their sister Tammy. They’re worried about Tammy Slaton’s health after she gained back all the weight she had recently lost. Amy asks Chris about what they’re going to be doing about their sister. Chris reinstates that they’ve already helped Tammy a lot and can’t do much more for her. of course we know Amy spent 34 years trying to help their sister. But, even with everyone trying to help her, Tammy won’t stop overeating.

Tammy Slaton’s brother has his doubts 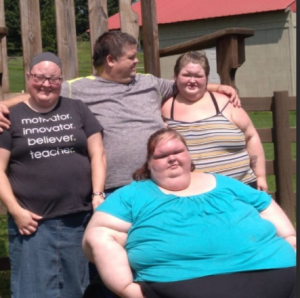 Chris continues telling Amy that their sister Tammy’s new doctor wants her to lose 100lb’s before getting weight loss surgery. Pointing out the fact that Tammy couldn’t even lose 50-lbs for her last doctor. Chris notes that he didn’t think it was possible to gain the amount of weight that Tammy did in such a short time span.

Will they need to put Tammy in an assistant living home?

During the preview, Chris goes on to tell Amy “We are going to have to start looking for an assisted living facility for her (Tammy)”. Saying he knows Tammy won’t like that one bit.

Feeling limited by what help they can give Tammy, Chris tells Amy that if Tammy isn’t able to move around, it’ll be like taking care of a very large infant. In Which  Amy replied, that it scares her to think that she’ll have to choose to take care of her baby over her sister.

Amy went on to explain that she didn’t want Tammy living in a home again. Tammy was already living in assistant living before and didn’t like it. However, now it’s getting to the point where it’s too hard to help her sister. Also, she says that Tammy has given up on life. Then, Chris says that they can’t lose faith that Tammy will do what’s right. That’s because if Tammy fails, they’ll feel bad that they didn’t do everything that they could’ve to make sure she succeeds with recovering her health to save herself.

As always – be sure to check out Tv Shows Ace every day to get your fix on all the latest 1000-Lb Sister’s Drama!

‘My 600-lb Life’ Update On Cillas Givens: Where Is He Now?
Who Is ‘1000-Lb. Sisters’ Amy Slaton’s Husband Michael Halterman?
What Is Jax Taylor Doing On A Movie Set With Robert De Niro?
See Micah Plath’s Latest Thirst Trap
What Did Will Klein Do On His Birthday?