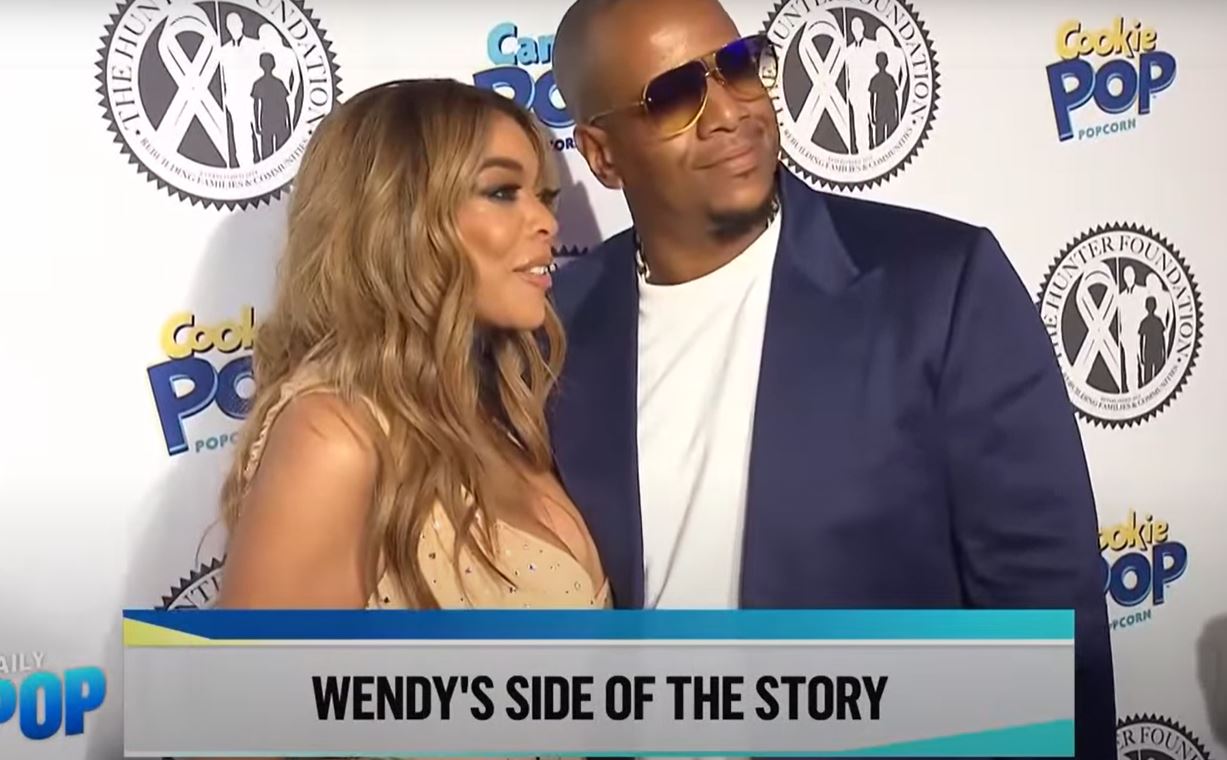 Wendy Williams’ The Movie and Wendy Williams, What A Mess! are coming to Lifetime this Saturday and we are here for it all.

Wendy Williams is all over the news promoting her upcoming doc and movie about her rise, fall and rise again surviving so many things in her life that could have leveled the average person. But Wendy is far from average.

She explains to E! Daily Pop why she accepted Lifetime’s proposal to do a biopic and documentary and why her son Kevin Jr. means the world to her.

Her career was talking about people and now she finds herself the center of the gossip and chatter. Wendy is a force of nature and known for her honesty and deep heart. She was a huge supporter of Big Ang from Mob Wives and was bereft when Big Ang passed away from throat, lung and brain cancer.

As we await the premiere of the Lifetime biopic Wendy Williams: The Movie, along with an accompanying documentary, E! News’ Justin Sylvester asked the Wendy about this very question on the Wednesday, Jan. 27 episode of Daily Pop.

Lifetime had the respect and the bottom line for Wendy to say yes to the movie. “Because Lifetime came with the proposal that I wanted,” Wendy said during the E! interview. “Things just never worked out. But that was when I was still married.”

The Wendy Williams Show host split from her husband of over 20 years, Kevin Hunter, back in April 2019 following rumors that he had been cheating on her and fathered a child with his mistress.

“I’m in a different period in my life,” Wendy told Justin. “Lifetime called. And I answered.”

And the kicker was, and is, that Wendy knew what was happening with her husband all along—she just couldn’t show it.

“There were secrets that I was keeping,” Wendy explained. “It wasn’t about being not vulnerable. It was about waiting for the right time because I was methodically planning to get out of my marriage. I still played ‘I love you, I love you,’ Wendy.”

“This is what a smart girl does if she is playing the role of being the loving wife. In the meantime, you know, the [private investigator] was following them on vacation,” Wendy continued, with the “they” being her husband and his mistress. “The P.I. followed her to her GYN appointments. The P.I. ended up finding out that the girl was pregnant.”

Making it more scandalous was that this wasn’t the woman’s first time being pregnant, but it was the first baby she was “having with him.”

Wendy and Kevin have a child of their own—Kevin Jr., who’s now 20—and he was another reason she kept it quiet from her end.

“I just let the headlines kind of speak for themselves,” Wendy said on Daily Pop. “I could not talk to you all about everything going on until I was able to sit down and talk with my son. And my ex-husband was acting out of order. So, you all didn’t know that, and I wasn’t going to talk about that stuff. I was going to save it for the movie.”

Wendy Williams: The Movie premieres Saturday, Jan. 30 at 8 p.m. on Lifetime, and immediately following is the feature-length documentary Wendy Williams: What A Mess!.