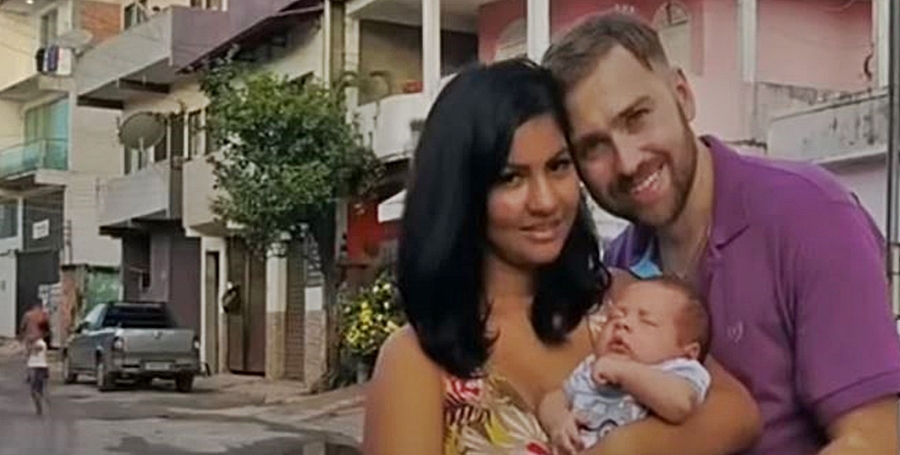 90 Day Fiancé stars Paul and Karine ran into trouble with their OnlyFans account. In fact, they got a call from an exec in the UK. And, they received a warning about the content that they reveal there. People often post up very racy stuff, you might wonder how far they crossed the line. The stern talking-to meant they took the video clip down off the site.

It turns out that the video didn’t involve any intimate misbehavior. So you didn’t miss anything on that. It looks like they breached the terms and conditions by talking about kids. We reported that Karine and Paul feel a bit anxious about their new son because of the coronavirus. Firstly, the virus is very dangerous. And, the hospitals seem packed to capacity. So, Paul said that he considers bringing in a medical team for a home birth.

Well, according to 90 Day Fiancé‘s Paul, Karine made a video about birthing babies. And, that crossed the line with OnlyFans. In his Instagram Stories, he said that they would probably upload the video elsewhere now. He said that they felt “caught off-guard” by the phone call. The stern warning said they must refrain from any photos, videos, or even discussion about kids. Paul felt it wrong that Karine can’t even just hold their baby on their new Onlyfans account. After all, they decided to use it as a family-friendly platform.

Well, plenty of TLC fans commented about it. And some of them can’t understand why they’d post about kids on what’s basically “a p*rn site.” Others felt it wrong that the parents of two kids should run an OnlyFans anyway. And a number of them noted that no kids form a definite part of the terms and conditions of using the site. One of them wrote, “The terms & conditions state no children are allowed on the site. Under any circumstances 🤷🏻‍♀️ sorry Paul, you’re not special.”

Meanwhile, others slammed the 90 Day Fiancé couple, Paul & Karine. One accused them of trying to profit off children. They commented, “He is not a celebrity just a clown trying to profit with his own child birth 🤢🤢.”

Another TLC critic wrote, “why TF would you have your kids on your onlyfans page?”

What are your thoughts on it? Did you know that no kids may be filmed or even discussed by their moms on the OnlyFans platform? Sound off in the comments below.