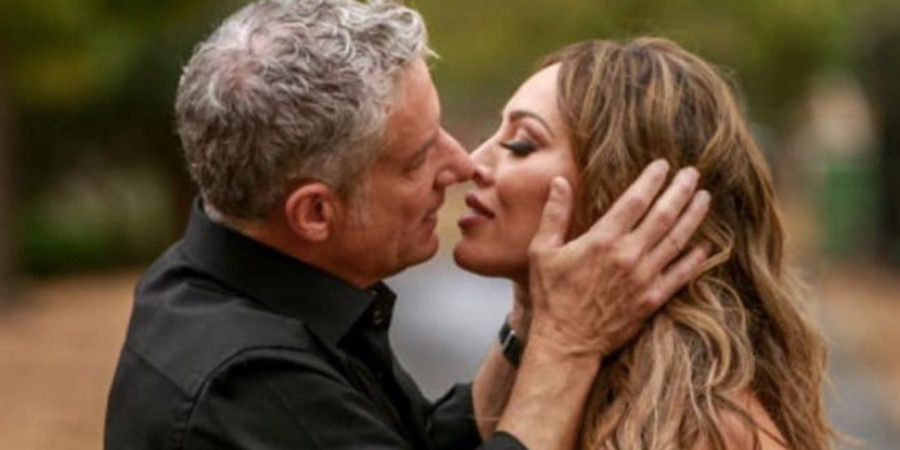 Kelly Dodd has just come off of part one of the RHOC reunion. But, she did not have time for the haters as she had a birthday weekend to plan. New husband, FOX News anchor, Rick Leventhal turned 61 yesterday. In Kelly fashion, they celebrated with friends, food, and a gushing social media shout out. And, one housewife was there to join in on the fun as were Instagram trolls to bring the shade. A day in the life of controversial Kelly Dodd Leventhal.

A RHOC Happy Marriage- For Now

Kelly is very happy with Rick, whom she married on October 10 of last year. Despite the raging COVID-19 pandemic, the two kept their wedding date and pressed on. But, Kelly has not held back when it comes to her feelings about COVID. She referred to it as God’s way of thinning the herd, something Andy Cohen brought up during the reunion. He also questioned her disdain for masks. She equated them to pants protecting you from a fart. Yes, she actually compared the pandemic to gas. Nevertheless, her teenage daughter, Jolie has said Rick calms her mom and has made her a happier person.

When talking to E! about their marriage, Kelly and Rick seem to be very much in newlywed bliss. Rick has sold his properties in both New York and Florida and will be soon selling his Hamptons home as well. The two put in an offer on a Newport Beach home and plan to buy more. Currently, they are renting a home in the suburbs to give Jolie a family-style upbringing, as shown on Season 15 of RHOC. Dodd continued: “But everything is working out really great. We’re transferred over to the L.A. bureau and he’s loving the weather here and Jolie loves him and it’s been fantastic. We’ve had a wonderful journey so far.”

It’s A Birthday Celebration- But Who Was Invited?

Just a handful of days before Rick’s birthday, Kelly joined Emily Simpson to celebrate her turning 45. Fellow RHOC housewife, Gina Kirschenheiter was also in attendance. These three ladies have become very close, with Gina and Emily being the only two housewives in attendance at Kelly’s bridal shower. So, who was at Rick’s weekend of events? Emily and husband, Shane attended the house gathering Kelly threw over the weekend. The event was posted to Kelly’s Instagram stories, probably to avoid negative comments about gathering in groups. They still appeared under her birthday photo tribute to Rick, though I am sure many were deleted. One follower said: “Lol…what does he see in her? She’s a nothing…and stupid.”

Yesterday, sans the Simpson family (who both battled COVID), Kelly had a get-together at a restaurant to celebrate Rick’s actual birthday. Guests did not have masks and sat very close together. That prompted another follower to ask them to, “Keep us posted on the covid count from your bday party.” Finally, one follower took a jab at the entire Orange County franchise, asking how it feels to be the lowest rated. Kelly may be tone deaf to what is going on in the world but she still has to answer to RHOC fans.

The second and final part of the reunion airs Wednesday on Bravo at 9pm. And, she is getting a lot of backlash for referring to herself as “black.” What do you think of Kelly? Is she socially irresponsible or is she just living her life?

‘Y&R’ Spoilers: GAME OVER! Phyllis Blows Tara And Sally Up?
Tammy Slaton Celebrates Birthday: How Old Is She, Anyway?
Is This A Sign ‘Bringing Up Bates’ Will Be Canceled?
‘Love Island USA’: Aimee Grinds On Wes After Elimination (Video)
No Longer Boy Crazy? Scheana Shay Gets The Life She Wants