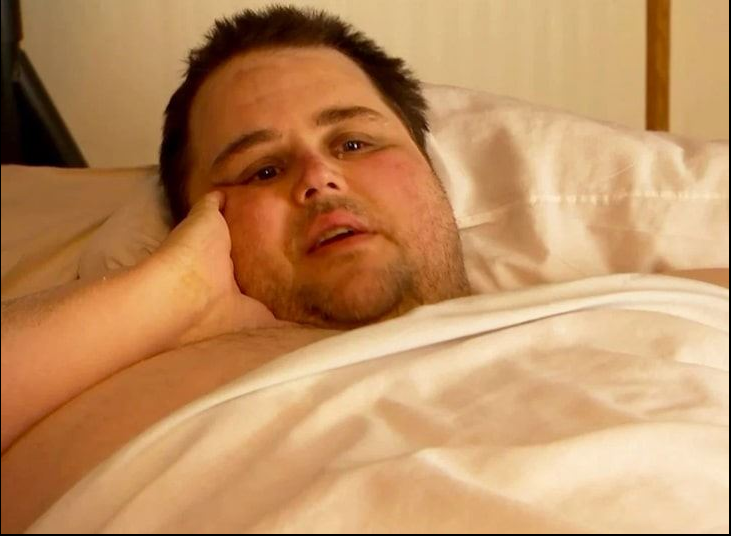 My 600-lb James King is one of the most memorable cast members of the 5th season. His story was one of the most controversial ones. This is because he had tipped the scales at 791 pounds when he joined the show. It was so serious that his family made some serious sacrifices to see him get on the right path to health and recovery.

His daughter had to drop out of school so she can help take care of her father. Not only that, his father refinanced his home in order to help pay for the medical expenses. All this while he was battling his own health issues. His then-girlfriend (now wife) Lisa was an accidental villain. Lisa would sneak in food for James while in the hospital, something that Dr Nowrazadan did not take kindly to. Things got so out of hand that Dr. Now had to call Adult Protective Services on her for her detrimental behavior.

After his episode ran on TLC in late 2017, he was hospitalized and was near death. Some of the issues he was admitted into the ICU with included cirrhosis, kidney failure- which Dr. Now was also concerned about during his episode-among other underlying health issues. This was a tipping point for him and he wanted to get better. So much so that a GoFundMe page emerged to help him raise funds for treatment.

My 600-lb James King passed on at the age of 49. He died at Saint Thomas Midtown, Nashville. James left behind his wife Lisa, 2 sons and 19 grandchildren. At the time of his passing, James had hit over 800 pounds on the scale, a sign that his battle for weight loss was unsuccessful.

James was described to be a fun and loving father and grandfather. He loved fishing and watching sports. Since James passed on during the pandemic period, the funeral held was a private one. Lisa and his stepdaughter, Krystal took to social media to express their deepest regret and grief over losing James.

Fans of the show also took to social media, to pass on their farewell messages. One of the tweets read “He was one of the worst cases on the show but he did honestly give it a shot at one point,” with many also praising Dr. Now for pushing James to be a better version of himself.

Many might see this as a tragedy, but it is actually an inspiring story that did not have the fairy tale ending we all hoped for. May James King continue resting in peace and may he know that he did try and inspired many people.