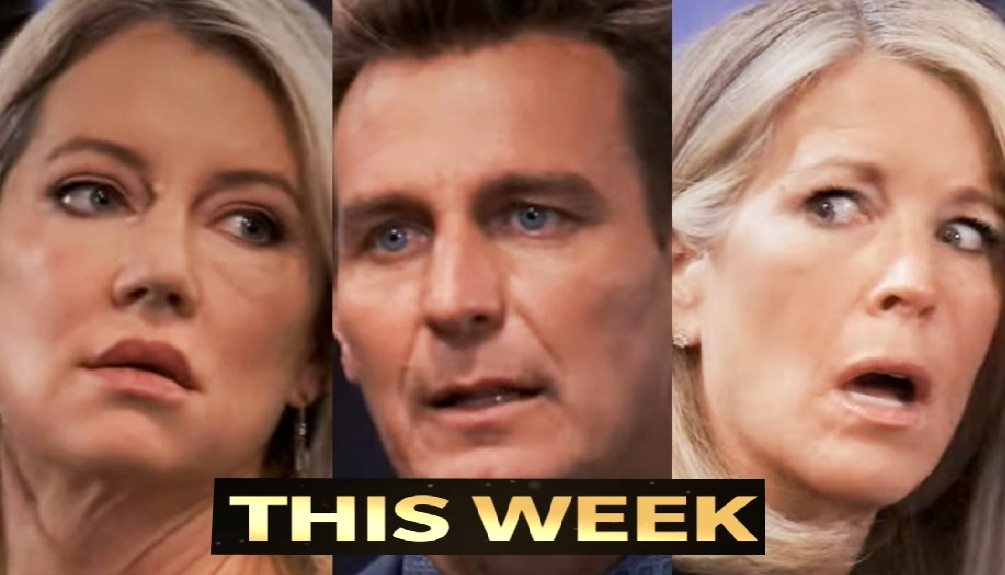 General Hospital spoilers from a newly released promo video show Nina Reeves (Cynthia Watros) is devastated when she learns Jasper Jax (Ingo Rademacher) knew for months her daughter’s identity. That’s just one of the many secrets that will start to make their rounds in Port Charles this week on the ABC soap.

General Hospital spoilers tease Jax has reached his breaking point. He cannot continue to lie to his girlfriend. Although not really a lie but rather an omission of facts, Jax no longer wishes to be torn between protecting Carly Corinthos (Laura Wright) and keeping Nina from knowing who her daughter is.

However, Jax’s timing couldn’t be any worse, according to General Hospital spoilers. He comes clean with the news Nelle Hayes (Chloe Lanier) is the daughter she’s been searching for all these years. Jax spills the beans in the Metro Court. Unfortunately, he tells Nina this tidbit in earshot of her ex-hubby Valentine Cassadine (James Patrick Stuart). Certainly, the betrayal she sees from the two men she trusted to help her will destroy her. So, this time Nina’s rage will be focused on her current boyfriend. Certainly, Valentin could use this turn of events to win back the love of his life hint General Hospital spoilers.

Jax and Nina are seemingly ready to take their relationship to the next level. How will it go from here?#GH is emotional, new and STARTS NOW on ABC! @watroswatros pic.twitter.com/8edY4uc1JR

Additional spoilers from the latest General Hospital promo show Michael Corinthos (Chad Duel) receives an unexpected text that sends him flying out of the Metro Court. Could he receive news about his son Wiley Corinthios? Or maybe he learns Nelle Hayes may wreck plans for Willow Tate (Katelyn MacMullen) to adopt their son.

General Hospital spoilers remind fans Carly has doubts Nelle really died that night after falling from that cliff. So with the mysterious text and Jax’s sudden need to cleanse his soul, Carly fears the worst – and rightfully so.

Also, General Hospital spoilers from the video show the people of Port Charles learning the news of all sorts. There are tons of secrets swirling around the town. So the fallout will be epic when the news becomes known.

So, it’s an action-packed week in Port Charles as the secrets start spilling and Nina Reeves’ world is rocked to its core on the ABC soap.