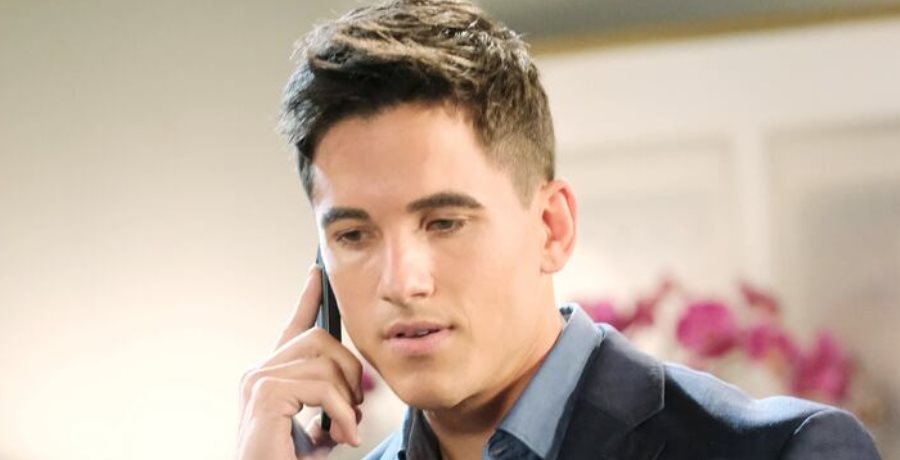 Days of Our Lives spoilers suggest Charlie Dale (Mike Manning) could have a split personality disorder. Certainly, it appears as though this young man exhibits extreme swings in his behavior and moods. In fact, that could be exactly the road showrunner and head scribe Ron Carlivati could be headed down. So if Charlie Dale’s crimes can be squared away with a Dissociative Identity Disorder (DID) diagnosis, is that enough to redeem his character on the NBC soap?

Days of Our Lives Spoilers: Tale Of Two Charlie Dales

Days of Our Lives spoilers hint there’s something very off with Charlie Dale. Of course, he was first introduced as a bumbling Titan Industries intern. However, savvy DOOL fans knew there had to be more to him than just an intern and a love interest for Claire Brady (Isabel Durant).

We have already seen both sides of Charlie Dale’s personality on Days of Our Lives. He’s a sweet, adoring boyfriend when Claire is around. However, the mere mention of his mother, Ava Vitali (Tamara Braun), brings out the sinister side fast. Clearly, Charlie’s insecurities stem from his mommy issues as a child.

Days of Our Lives viewers saw the violent side of Charlie with the kidnapping of his mother. Later this week, when Alli Horton (Lindsay Arnold) is hypnotized, we will see more of his monster side as the details of his vicious attack on her come to light. Yet Charlie shows zero remorse for his crimes. So it’s likely Charlie Dale has a form of DID (Dissociative Identity Disorder), which allows him to separate the mild manner nerdy geek from the violent sociopath out to ruin his mother and half-brother Tripp Dalton’s (Lucas Adams) lives.

Days of  Our Lives spoilers tease the eyeglasses Charlie wears are a major clue. After all, Charlie seems more like the nerdy, fun guy Claire fell head over heels for when he’s not wearing his specs. However, almost immediately after seeing him donning the glasses, he almost immediately morphs into his alter ego – the man who kidnapped, drugged, and tied up his mother and the one who raped Allie Horton in London.

So, the glasses are the telltale sign to watch on Days of Our Lives. After all, the sinister Charlie always seems out to play when the Clark Kent shades are on his face. This is similar to when Abigail Deveraux (Marci Miller) slipped in Gabigail mode when she wore that black wig. DOOL fans cannot help but notice the similarities and the path the NBC soap seems to be taking with Charlie Dale. Plus, Ron Carlivati excels in split personality storylines.

Days of Our Lives: Is Charlie Dale Redeemable?

Days of Our Lives has set the stage for Charlie to be a victim as well as a criminal. So, of course, there’s the chance Charlie can be redeemed. Salem is known for redeeming rapists like EJ DiMera (James Scott) and Jake Deveraux (Matthew Ashford). Then, of course, there’s the redemption of reformed serial killer Ben Weston (Robert Scott Wilson).

Perhaps Charlie will find himself a patient at Bayview. Then in time, he may return to Salem looking for a fresh start. Certainly, many Salemites, including his present girlfriend Claire Brady, were given a second chance after dealing with their demons at the infamous mental institution

Make sure to check TvShowsAce often for all the latest Days of Our Lives news and spoilers.

Matt James Of ‘The Bachelor’ Asks ‘Is Love Enough?’
‘The Voice:’ What To Expect From Season 20, Episode 1 And When Does It Air?
Rachel Lindsay Of ‘The Bachelor’ And Bryan Abasolo Giving Back To Children
‘Cobra Kai’ Spoilers: 2 Cast Members Get Promotions Ahead Of Season 4
Rachael Kirkconnell’s Mom Details How ‘Hopeless’ Her Daughter Feels Amid ‘Bachelor’ Controversy