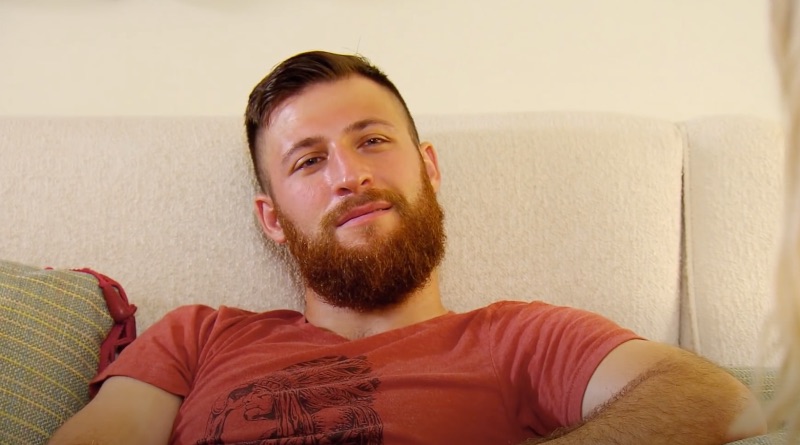 Married at First Sight cast member Luke Cuccurullo (Kate Sisk’s ex) is an avid traveler. And the Lifetime star shared pics from his recent adventures. What did he reveal?

Married at First Sight fans following Luke Cuccurullo know the travel bug often bites him. And even though he does travel solo at times, he also links up with fellow Lifetime cast members like Amber Bowles. In addition, he and his girlfriend recently adopted a pooch in Texas. And they made a fun road trip out of picking up their new family member.

Most recently, Married at First Sight star Luke Cuccurullo shared pics of his recent travels – including going to New York City. Kate Sisk’s Lifetime ex spent time at the Oculus in the popular city. It’s a must-see travel destination with a large atrium. There are also numerous shops and restaurants to browse. The site even features train access and viewing platforms on either end.

Luke Not Afraid to Take Risks

Married at First Sight watchers know that signing up for the Lifetime matchmaking show is one of the biggest risks anyone can take. Things went horribly wrong for Luke Cuccurullo with Kate Sisk on Season 8 in Philadelphia. And because of how bad things went, many watchers say Luke Cuccurullo is one of the biggest villains the franchise has ever had.

Since filming Married at First Sight in Philadelphia, Luke Cuccurullo has done what he can to distance himself from his characterization on the show. And one of the things he did after filming was quit his job and travel around the country. He certainly finds time to go on a number of adventures. And he has a new girlfriend and a new dog to share that with.

Married at First Sight Star Moving on to Other Things

Despite his villain moniker on Married at First Sight, Luke Cuccurullo really turned things around since filming with his former wife, Kate Sisk. Luke has a number of interests. In addition to traveling and attending things like the ballet, he is also big on fashion. And he poses for a lot of photoshoots of late.

In addition, his girlfriend gets in on the action too. He joked in the caption of one of the couple photos that the pair posed for a GAP ad. And fellow MAFS alum Amber Bowles called them the “cutest couple to ever live”. That’s saying something – since many watchers say the same thing about Amber and her new boyfriend as well.

Either way, Luke Cuccurullo seems to be living his best life. And a lot of fans want to know where he will go on his next adventure after this one.