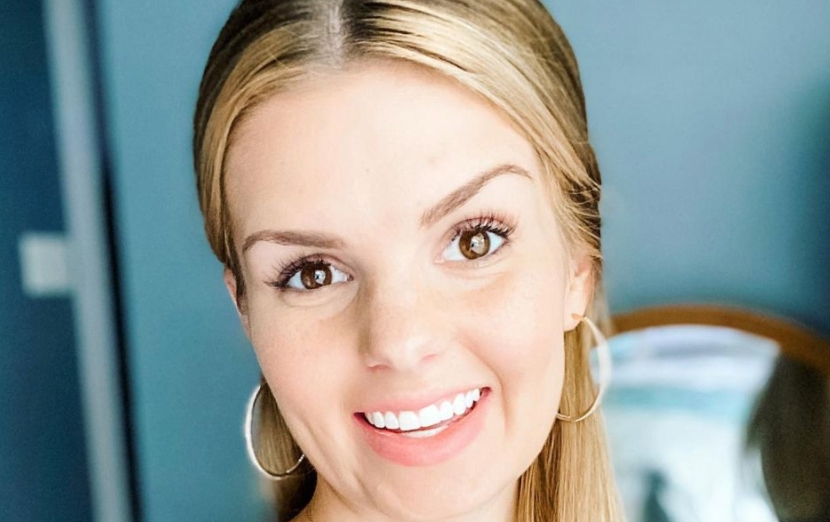 On Thursday, Alyssa Bates Webster shared a new social media post. The Bringing Up Bates daughter posted the first photos of her baby on the way, Maci Jo.

Alyssa is due to give birth to her fourth daughter on February 17, 2021. The baby will join John and Alyssa Webster’s daughters, Zoey Joy, 2, Lexi Mae, 3½, and Allie Jane, 5. Alyssa admits that she’s hopeful that the baby will arrive a little bit early.

No matter when she decides to come, the family won’t have to wait much longer. Alyssa reveals that two of her daughters were early, writing, “Lexi was 1 day early and Zoey was 4 days early.”

Until now, Alyssa hadn’t shared a close-up photo of an ultrasound picture. So, fans are thrilled that they finally get to see what the babygirl looks like.

In the comments section, fans are talking about how cute the baby girl looks. One fan asked Alyssa which sister the baby looks like. Alyssa responded, writing, “it’s so hard for me to tell in an ultrasound. Allie was the only one that I right away after seeing her ultrasound said ‘she looks JUST like John.'”

So, it looks like the parents will have to wait until their daughter is born to see who she looks like.

Based on the comments, it looks like fans are just as excited about the baby’s arrival as the family is. Fans are anxiously waiting for the news that the baby has arrived. In the meantime, they’re enjoying all of the maternity photos that Alyssa has been sharing.

As TV Shows Ace previously reported, Alyssa shared some of her maternity photos. She said that she hadn’t shared many pictures from her previous pregnancies, but she wanted to share them this time. She has been open about this pregnancy being her last. Due to her heart health and her difficult pregnancies, it’s what makes the most sense for her family.

Because it’s her last pregnancy, she seems to be taking the time to document every moment. And fans really love all of the updates from the Bates daughter.

You can see her maternity pictures here.

So, what do you think of the new pictures of Maci Jo? Do you think she looks more like John Webster or Alyssa Bates? Let us know in the comments below.

For the latest updates on the Bringing Up Bates family, stay tuned.