There is so much drama surrounding Bachelorette Clare Crawley and Dale Moss’ surprising split. Earlier today, news broke that Dale may have been cheating on Clare throughout their entire engagement. The news of the alleged girlfriend on the side came on the heels of Clare finally breaking her silence regarding their split. Now, the mystery woman’s identity is being revealed.

E!Online shared details about who the woman is that has caused multiple arguments between Clare and Dale. Many have speculated that perhaps Dale was seeing someone on the side. However, he maintained he was always with “friends.” Now that Clare and Dale are over, more details are emerging about this mystery woman.

The news outlet says multiple sources familiar with Clare and Dale’s situation say he has been cheating on her throughout their entire engagement. It is now confirmed the woman in question is Eleonora Srugo. She is a New York City-based real estate agent.

His involvement with her

Eleonora’s Instagram account is now set to private. However, E! said they have been communicating since 2019. He has commented on and off on her posts. The most recent was in November. She has been in group photos with him and many of their mutual friends. One photo posted back in 2019 showed Dale with his arm around Eleonora along with other friends. He said, “Regardless of how many events, premiers or parties I go t0. NOTHING beats having a random night out with friends to celebrate one another.”

Some sources say that Srugo has been going around telling friends about sneaking around with Dale. Clare has also reportedly seen proof of them together as well. Whenever Clare was not with Dale in New York, he was allegedly with Eleonora. 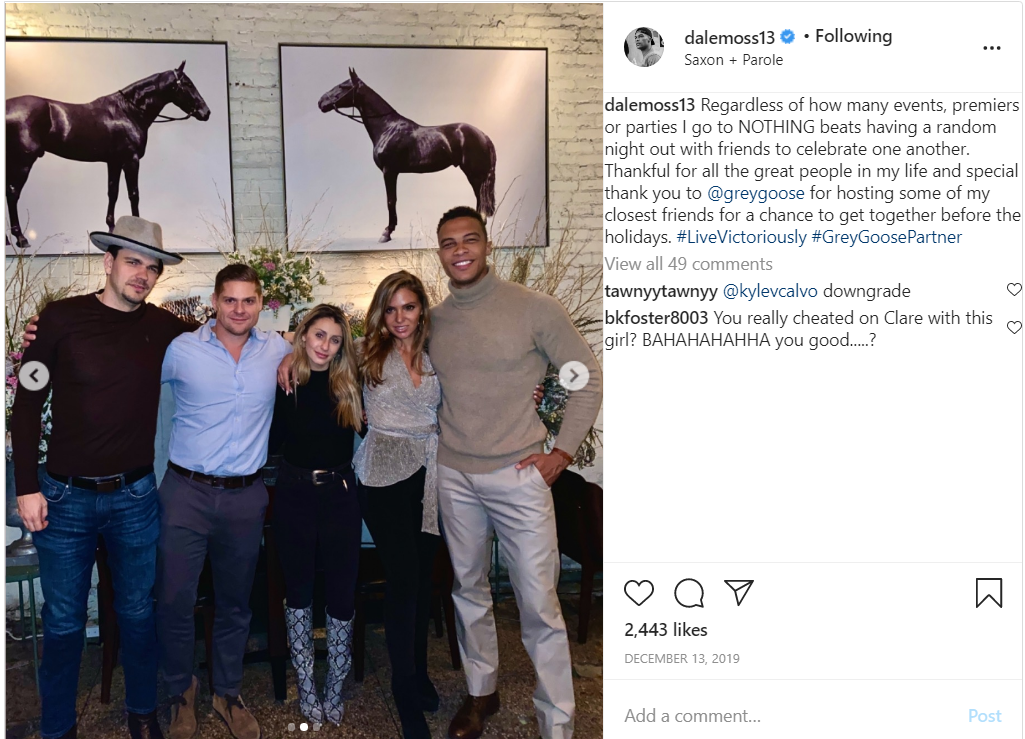 A source continued to go on saying, “Dale would always reassure Clare that it was nothing serious.” They continued saying “multiple people have told Clare that Dale was parading around NYC with this girl.” And they also said each time it happened, “Clare would confront him about his relationship and tried to question him about it, but he would always deny it.”

While one source says the above, another close to Dale says there is no truth to the rumors. They say it is purely a friendship. She is in real estate and was helping Dale find a bigger apartment for himself and Clare. And they also said, “He has known the girl for way longer than he has known Clare.” They continued, “so of course they would be in touch.” And, while saying they also workout at the same gym they added, “This is an innocent friendship.”

What do you think about this mystery woman? Stay tuned for more updates as the drama continues to unfold.