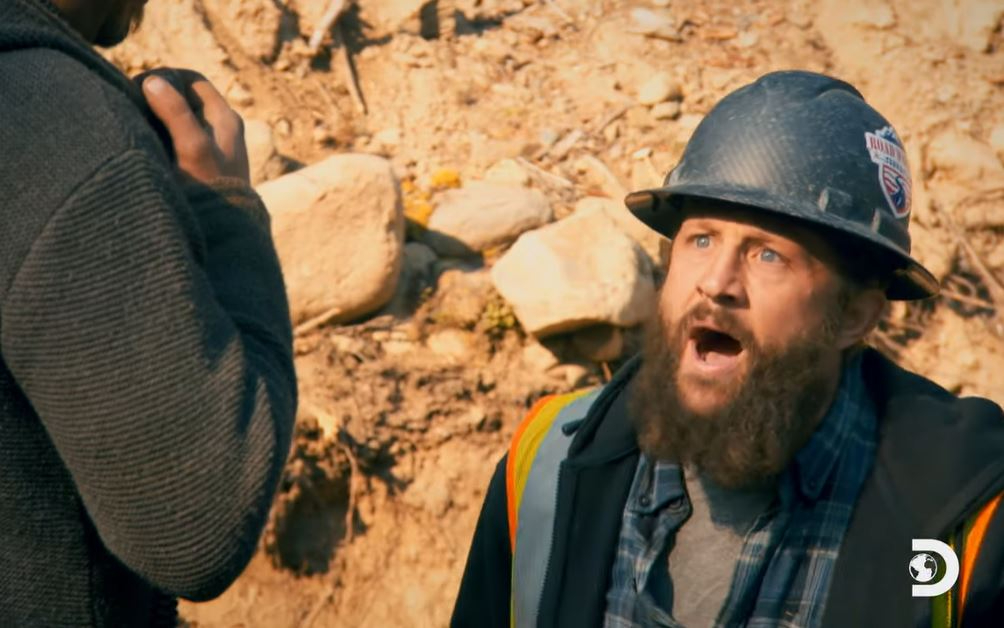 On Friday’s episode of Gold Rush, tensions on the Fred Lewis crew of veterans have reached a fever pitch moment as silt-filled sluice water is breaching the feeder pond.  The screen has broken on the upper dam. And the main pipe feeding the water has sprung a huge leak.

Marine Johnny Stanz is investigating this when Fred Lewis and foreman Kendell Madden call him over to the main breach.

Frustrated, Kendell blames Stanz, and we see a huge row break out between the two men.

In TV Shows Ace exclusive preview below, the two men get into a heated verbal fight as Stanz screams at Kendell who hits back hard.

He lays into Stanz who is seemingly oblivious to the most important issues.

Kendell says: “John! Shut the f*** up! You aren’t doing anything here anyway, go sit on your a** like you normally do, don’t pay attention, like normal!”  He adds: “I’m just getting tired of everybody else doing his f***ing job for him.”

Johnny Stanz was never a gold miner to begin with, like many on Fred Lewis’ crew including Kendell Madden. However, Lewis took a chance on the wounded Marine.

After leaving the Marines on a medical discharge, Stanz was looking for a new direction in his life. Enter Fred Lewis, who brought him into mining.

In an earlier episode, Stanz said: “I had to retire after 10 years in the Marine corps, when I got a really bad brain injury from getting blown up in Afghanistan by a roadside bomb. I mean, I was incredibly lucky because two guys in the in the vehicle died immediately.”

He revealed photos of his injury and said: “I actually got some pictures on my phone…um, I was in the bed of the truck manning the squad automatic weapon when the bomb went off.”

Johnny was hurt so badly that the doctors rated his chance of walking or talking again at zero. He conceded that he was not fully healed. He said: “Still not a hundred percent but definitely better than I could be and look at me, gold mining. How many people can say that? I  have zero percent experience mining gold…mining anything. but started to think man I could strike it rich.”

Stanz noted that his work was a challenge for him. He said: “This job is gonna prove definitely to be pretty tricky. I mean…for a guy with a brain injury that’s never mined before, it’s gonna be a freaking task but I like challenges. Why would I have become special operations in the Marine corps if I didn’t like challenges?”

Tune in to see if Kendell calms down and Fred can mediate this huge crack in his team armor to keep them all moving forward: