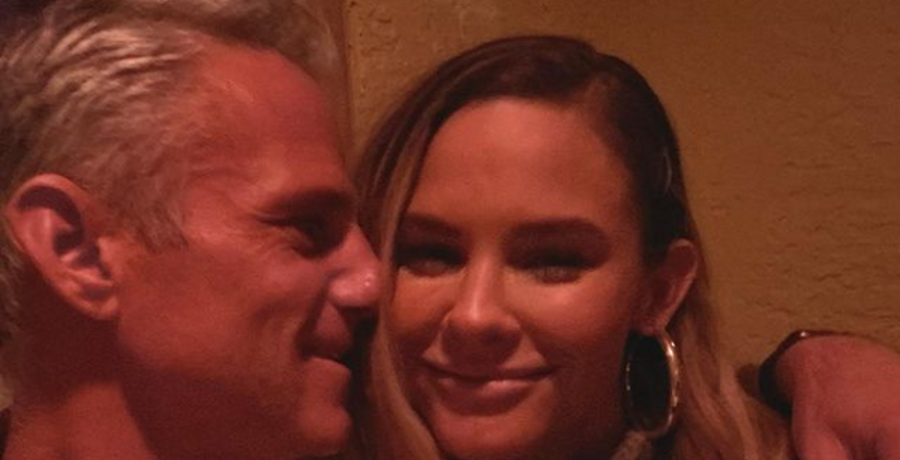 At the time, she admitted that she was seeing various people. The 36-year-old has been back on the dating market since her split from Jim Edmonds. Her latest relationship comes just three months after her split from Christian Schauf. On Friday, January 15, Meghan shared her new relationship in a series of photos posted on Instagram.

The former Bravo star posted a series of photos via her Instagram Story. She wrote, “Need to tell y’all something” alongside a picture of herself standing by a man. In the mirror selfie, Meghan King wore a black curve-hugging shirt with a black leather miniskirt. She accessorized her sexy with black over-the-knee boots and a gold studded handbag.

Meanwhile, Will Roos wore a casual all-black ensemble. He made a fun expression to the camera.

“Meet my friend @willroos,” Meghan continued in her second Instagram Story. “We have been friends for years.”

She then shared a series of photos of videos taken over the years. The content featured herself with Will. In the posts, Meghan referred to him as her “friend-turned-boyfriend.” She then added, “Sometimes things happen in a funny way.”

“For now, we’re just friends,” Meghan wrote in one Instagram Story. “And by ‘friends’ I mean super close besties who also kiss and hug. Ok, so I don’t mean ‘friends’ at all.”

The television personality explained that Will was originally a “love interest.” She backed up her story with photos of their first dates from a “solid year ago,” adding that they “have so much fun together.”

New couple has a boozy weekend together

The mommy blogger had a boozy getaway with her new love in Las Vegas. On Saturday night, Meghan King and the Element Property Company founder had dinner at Piero’s Italian Cuisine. Then, the couple enjoyed cocktails at Parasol Down inside Wynn Las Vegas followed by shots inside their Uber.

“Our driver has drinks. We’re gonna take a shot,” the RHOC alum said in one of her Instagram Stories, per Daily Mail. “You ready? There’s a method to this madness. Here we go! Cheers. We did it!”

This is the Intimate Knowledge podcast host’s second relationship since ending her previous relationship with Uncharted Supply founder Christian Schauf in November. At the time, the Missouri native admitted in her blog that her relationship with Christian “reawakened” her “dormant adventurous spirit” after she and estranged husband Jim Edmonds split.

As Meghan had a wild night out in Las Vegas, four-year-old Aspen and two-year-old twins Hayes & Hart played with their half-sister Suston with Jim at his St. Louis home.

What are your thoughts on Meghan’s new relationship? Sound off below in the comments.