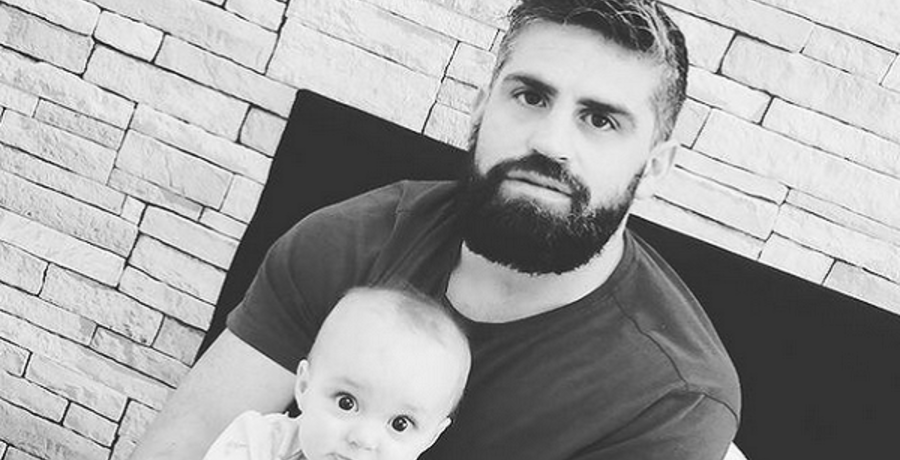 90 Day Fiance Jon Walters shared some sad news with his fans. He revealed that he misses his family, including his wife Rachel Walters. The couple has gone through the difficulties of a long-distance relationship. Jon and his wife had trouble getting his visa before his move to America.

But the couple has been faced with more setbacks than they can handle. They first made their debut on Season 1 of Before the 90 Days. While their journey hasn’t been easy, they’re still remaining positive. The couple is optimistic about their relationship as they wait for the news on Jon’s visa.

On Sunday, January 17, Jon Walters posted a new photo on Instagram. He shared a black and white photo that showed him, Rachel, and daughter Lucy in old times. In the caption, he revealed that he hasn’t seen his family amid the ongoing coronavirus pandemic. Jon is very much missing them these days.

“I’ve not seen my family for a year, so much has happened and nothing at all happened. I miss you @rachelwalters01,” he captioned the post.

90 Day Fiance fans flocked to Jon’s post to show their support. Most of them exclaimed that they are heartbroken to hear his update. They wish that Jon and Rachel will reunite one day. Others shared similar stories about their own long-distance relationships.

The 90 Day Fiance couple wants to start their family in the U.S. Jon said that he and his wife Rachel haven’t discussed the idea of her moving to England with her two daughters, Ella and Lucy. Back in August 2020, one fan asked him if it was an option that the couple considered. Jon said it was “not an option” for them.

“We’ve never discussed it as an option because it’s not an option,” he responded, per In Touch. “What sort of parents would we be if we created a family which put Ella on the outside? Where Ella is the one who [is missing her mom and sister] half the year and her dad the other half? We would never selfishly solve our problem by passing on the misery of missing your family on to a child. It hurts more than you could imagine, and I wouldn’t give that to Ella.”

Jon isn’t either girl’s biological father. However, he was with Rachel before Lucy was born and considers himself the father. Ella’s biological father is in her life, but Jon considers her as family. Jon explained that he and Rachel would be respectful of Ella’s father and her relationship with him.

The couple is sticking to their plan of Jon getting an American visa and moving to the U.S. If only one of her daughters moved to England with Rachel, it wouldn’t be the same. Jon and Rachel would prefer if they had their entire family in the United States.