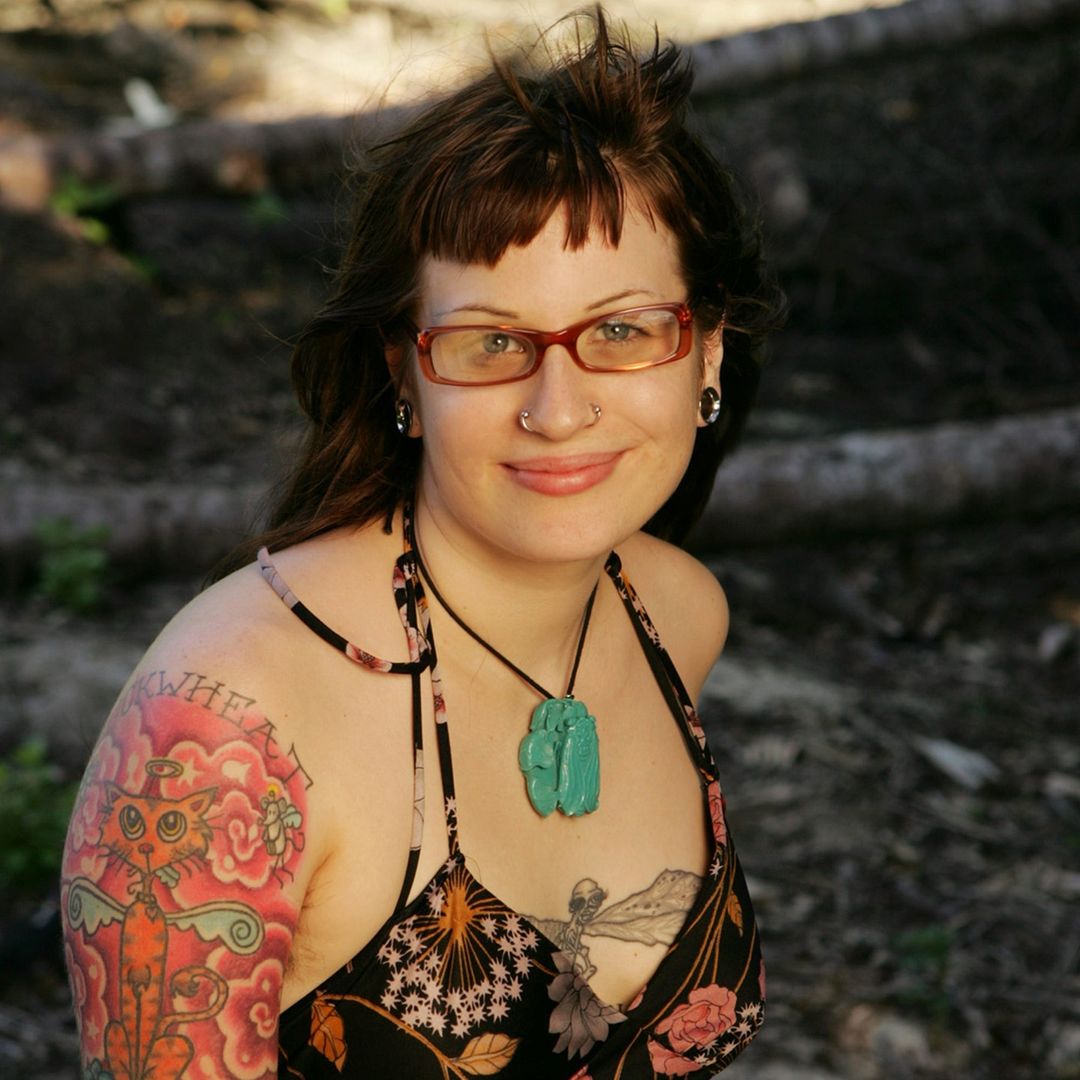 After 20 years and 40 seasons, Survivor is still one of the top survival shows on television. Each season features a new location and new challenges. Contestants must survive with little more than the clothes on their backs as they compete to be the lone survivor and win one million dollars.

Survivor: Palau was one of the most exciting seasons of the series. Airing in 2005, Survivor: Palau introduced many new and interesting contestants. None were more head turning than Cassandra Anne “Angie” Jakusz. Angie’s unique look of piercings, tattoos, and dreadlocks shocked many viewers. Survivor: Palau contestant Coby Archa commented on Angie’s impact on reality television.

“People have to remember back in 2005 women weren’t cast on ‘Survivor’ with dreads and tattoos. She broke the casting barrier. Fans related to her story so much. And a lot of people wanted to see her play again for her strength.”

Angie was born in Waukesha, Wisconsin. She spent most of her childhood in Wisconsin before leaving home. She was living in New Orleans, Louisiana at the time she became a contestant on Survivor: Palau. After turning the heads of every Survivor fan in 2005, Angie met Steven Calandra. The pair eventually married and lived together in New Orleans.

Such a tragic few days in the Survivor community. Sending love to Angie's friends and family in this extremely difficult time. https://t.co/AgyFnFHwWy

Angie died on January 8, 2021 after a 3 year battle with cancer. She was 40 years old at the time of her death. Her death was confirmed by her family.

“Angie was an incredibly passionate person with an extraordinary lust for life,” her loved ones wrote in her obituary. “Whether she was sewing, painting, drawing, doing nail art or makeup, costuming, reading, snorkeling, scuba diving, traveling or just raising hell, she did it lovingly and with laser precision. She was a founding member of the New Orleans Noise Coalition and had been a contestant on season 10 of Survivor.”

Coby Archa revealed what he knew of Angie’s diagnosis.

“We had heard from her family 3 years ago that she was battling cancer,” Archa said. “We raised some money for her treatments. She wasn’t into the fame, just the experience of Survivor.” He continued, “She came, she played, and she went back to her life in New Orleans. She liked her life that way.”

A GoFundMe was set up to help Angie’s family with the medical bills. Angie leaves behind her husband Steven Calandra who described Angie as “an amazing, creative, fearless and all-around badass woman.”

‘Dexter’ Revival: First Image From Season 9 Revealed
Would ‘Survivor’ Alum Ever Return After Getting Voted Out For Being Deaf?
‘Real Housewives’ Spin-Off In The Works With Some Of Your Faves
Tayshia Adams Explains Why She’s Slow To The Altar
Who Is Running The TikTok Account That Revealed Matt James Working Retail?