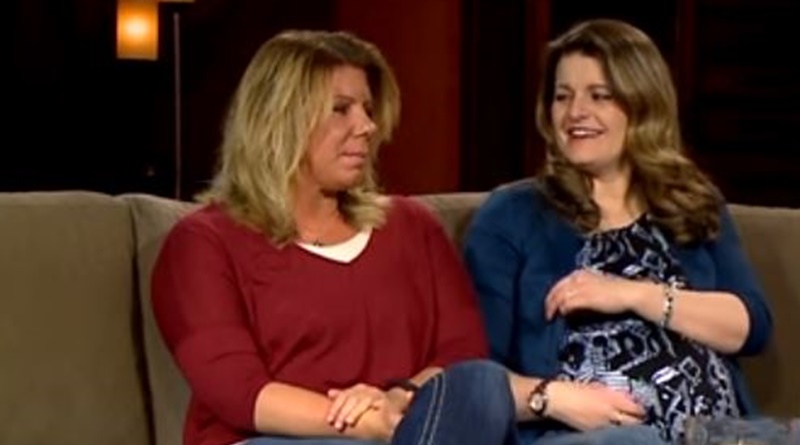 There’s been a lot of drama between Sister Wives stars Meri Brown and Robyn Brown. Some fans of the TLC family just really didn’t think the women like each other. And, it wasn’t too hard to understand why.

Sister Wives fans believe Robyn Brown is Kody’s favorite wife. Likewise, they always accuse him treating her better than any of her other wives. Fans feel that Kody treats Robyn way better than Meri. And, they think that is why there is drama between the two of them.

While neither of the Sister Wives have come out and said it… Fans felt they were trying to one up each other for a period of time. As we previously reported, Robyn was spotted stepping out with Kody Brown recently. This came just after Meri Brown shut down rumors by reminding her followers she very much loved her husband.

Are Meri and Robyn Brown getting along now?

Meri Brown took to Instagram to share a photo of herself with Robyn’s daughter Ariella Mae a few days ago. In the caption, Meri revealed they were busy celebrating Ariella Mae’s fifth birthday.

Cutie patootie overload here! Last night we celebrated this magical creature and her 5 years on this earth. She’s spunky, she’s bright, she uses her words like no other 5 year old I’ve seen, she’ll make you feel like you’re the most special and wanted thing in her world. She’s one of the highest highlights in my world for sure! Happy Birthday Ariella Mae!!”

Fans were here for the adorable photo of Robyn’s daughter. Though, they were also surprised. Did this mean Robyn and Meri were on better terms?

According to InTouch Weekly, most Sister Wives fans are taking this photo to mean Meri Brown and Robyn have reunited.

The reunion lines up with what Meri said on Instagram

Sister Wives fans suspect the TLC series is largely scripted. Perhaps TLC just paints a narrative that has Meri Brown on the outs with the family. Meri seemingly shutdown the rumors she was on the outs with the family. She admits she’s not one to discuss her personal life on Instagram. Likewise, she does not believe she owes fans details of her personal life. But, she loves her husband and her family. She, however, does have a life outside of her family and her husband. And, people should not criticize her for it.

Now, Robyn and Meri did not appear in photos together. But, we know Robyn doesn’t make appearances on social media. She tends to be much more private compared to Meri Brown. Here’s hoping Robyn and Meri Brown are getting along as they appear to be.