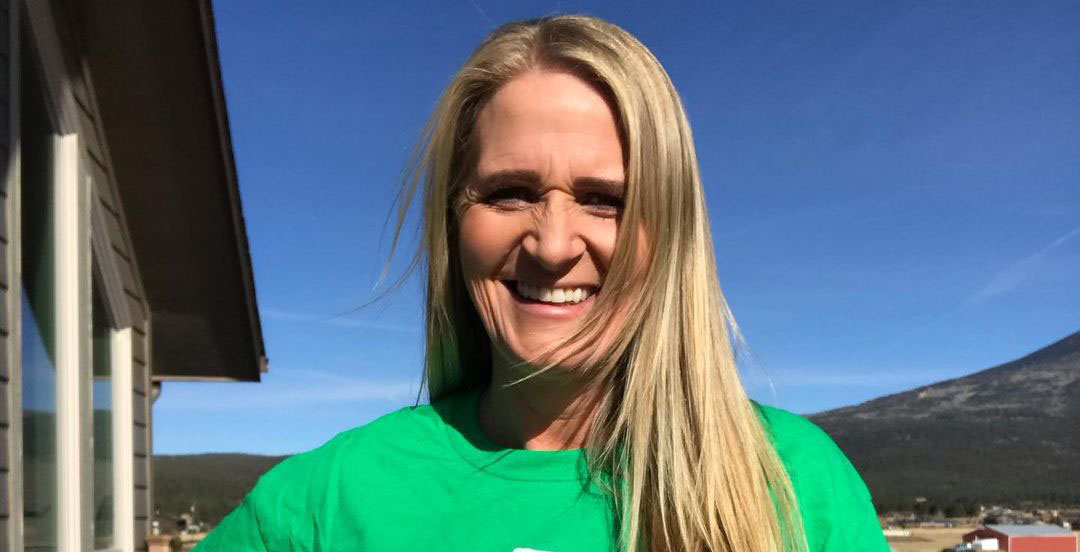 The Sister Wives family is experiencing financial issues. So, third wife, Christine is stepping up to the plate. As mentioned earlier this week, Kody Brown owes over three thousand in back taxes. His brilliant idea to move the polygamist family to Arizona has put them in debt. But, they were in way deep before the Flagstaff move.

Sister Wives and the pay cut

When the series about Kody and his then three wives, Meri, Janelle, and Christine debuted in 2010,  it was a hit novelty. Viewers tuned in every week to watch as the three wives lived in one home with their thirteen kids. It was fascinating to watch Kody’s rotation with them. In addition, he was courting a fourth wife, Robyn. She was divorced and had three kids of her own. It was really sad watching Kody kiss Robyn on a date as Christine went into labor with their youngest daughter, Truely. But, he went on to marry Robyn. To escape possible jail time, the Browns moved from Utah to Las Vegas.

The show was very successful- until it wasn’t. The novelty began to wear off and TLC was not happy with ratings. With cancellation looming, Kody agreed to a pay cut, according to a source. Apparently, each member of the family was making 180 thousand dollars. The new contract would be 180 thousand dollars in total. Looks like it worked because the family stayed around. Unfortunately, they still had debt. When Truely was three, viewers saw her get very sick on the show. She was in the hospital for 11 days without insurance and acquired a 450k hospital bill. Kody still went on to have two more kids with his new wife, Robyn.

Kody got the moving bug so he decided they were moving to Arizona. Most of the kids were out of the house, so why not? The big problem was they had four homes in a cul-de-sac and no one was buying. The land he wanted was huge but would take a few years to build on. This meant all four wives needed to buy or rent homes. Meri has no one left in her home, but she still needed a place to stay. Luckily, she has a successful bed and breakfast in Utah. Along with Christine, she also sells LuLaRoe. Second wife, Janelle has a health business, while Robyn is currently doing nothing. And no one really knows what Kody does.

This is the wrong time to be lacking income. Selling their four Vegas homes was a struggle, having to constantly lower the prices, as viewers saw Season 14. Now, it has come out that the family owes over three thousand in back taxes. Almost one grand on the five-bedroom home Kody shares with Robyn. She is his only legal wife so she can pull rank. Several years ago, Meri divorced Kody so Robyn could marry him and he could legally adopt her three children. Additionally, he owes over two grand on their Coyote Pass property they have yet to build on. He wants a one-family home and the wives do not.

No Sister Wives Renewal, so Christine is hawking jewelry.

With no Season 15 on the horizon, the family is desperate for money. Christine featured a new partnership with the jewelry company, Kendra Scott on her Instagram today. She paired it with LuLaRoe and had a promo code for fans, which means she will get a kickback. Who knows what she will feature next but she is clearly showing her devotion to both her husband and her family.

How do you feel about The Sister Wives’ situation? Let us know in the comment section below. Make sure to check back with TV Shows Ace for more news about your favorite TLC stars.

Todd Chrisley Slides Into Chase’s Girlfriend Emmy Medders’ DMs
Who Will Be The Next ‘Bachelor’? One Contestant Reportedly Getting ‘The Bachelor’ Edit
‘General Hospital’ Spoilers: Another Recast Shakeup First Spencer Now Avery?
Fans Worry ‘Bringing Up Bates’ Will Be Canceled Like ‘Counting On’
Roloff Farms Construction Resumes: Will It Complete Before Amy’s Wedding?!