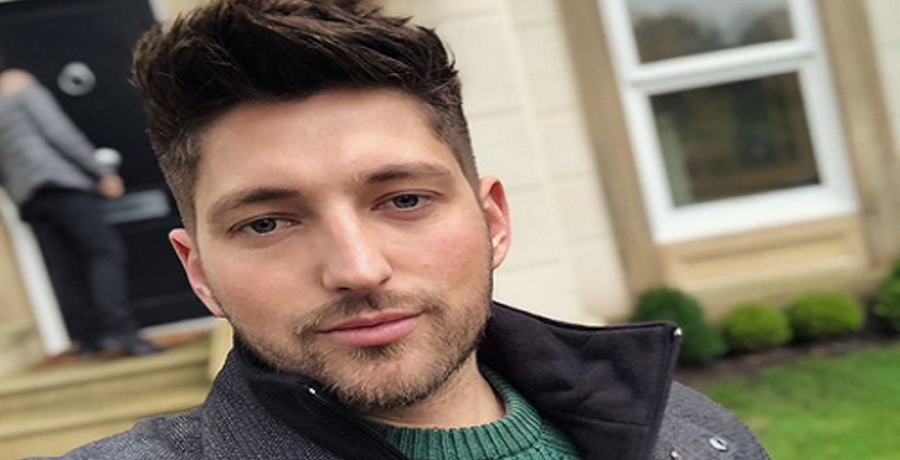 Below Deck alum Josiah Carter has big news once again. The former stewardess hasn’t even turned 30 yet and things are already looking up for him. He explained that his family will be expanding this year. As fans know, Josiah is in a long-term relationship with Michael.

The former Bravo star took to Instagram to announce that there’s a bundle of joy on the way. This means that he will get the new title: “stepgranddad.”On Monday, January 11, Josiah shared a new photo on Instagram. The post featured himself, his boyfriend, Michael Groves, Michael’s son, Tom, and his girlfriend, Octavia.

In the Instagram post, the Below Deck Season 6 star was all smiles. He stood next to his boyfriend, who held a series of sonogram photos in his hands. The group looked happy and excited about the joyous news.

“So excited to share the news that Tom (Michael’s son, for those that don’t know) and his girlfriend Octavia are having a baby, “Josiah announced in the caption. “2021 just got a whole lot better! Does this mean I’m going to be a stepgranddad before I’m 30?”

Many of Josiah’s fellow castmates took to the post to congratulate him. Below Deck Galley Talk castmate and Below Deck Mediterranean alum, Julia d’Albert Pusey wrote: “I love this!! Woop woop! Congratulations all around.” Below Deck Season 8 newbie Chef Rachel Hargrove commented: “Congratulations to you.”

However, “stepgranddad” isn’t Josiah’s only title these days. The chief stew and his boyfriend just adopted a sproodle (Springer Spaniel poodle mix) named River in December 2020. In a previous post, he revealed that they are “officially parents” to their fur baby. He even shared what life is like now that River has joined their family.

“2020 hasn’t been that bad, not at least because we got our puppy at the end of it,” he wrote in a post that chronicled his walk with River. “Let’s hope 2021 will bring back hugs and happiness for everyone. Love you all and obviously you Michael @mikestg365 thanks for being you and picking me up when I’m down.”

Also, Josiah has joined Below Deck Galley Talk. Fans looked forward to his return to the Below Deck universe. But instead of working as a yachtie, he will follow the other yachties on the current season of the show.

Former Below Deck star documents the work on his first home

Josiah and his boyfriend, Michael Groves live together in Manchester, England. The couple previously announced to fans they are renovating their first home. They even launched their own Instagram account, which is called Carter Groves Homes. Michael and Josiah have been together for some time.

Josiah became a fan favorite on the Bravo series, especially after he became friends with fellow Below Deck alum Kate Chastain. Now, fans can keep up with Josiah and his adventures on Instagram. In the meantime, Below Deck Galley Talk airs Friday nights at 7 p.m. ET on Bravo.