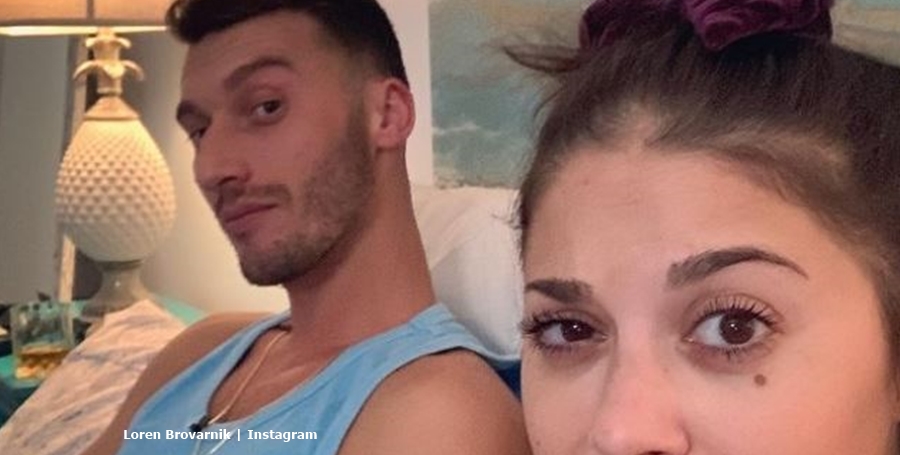 Loren and Alexei Brovarnik have a sweet little boy named Shai, but how do they juggle work and parenting? Recall, little Shai came along in April. The couple featured on season 3 of 90 Day Fiance when Loren went to Israel. But their popularity really rose when they featured on Pillow Talk. Now, they feature on discovery+ in 90 Day Diaries. There, they talked about work and parenting.

When fans first met Alexei and Loren, they discovered that Loren worked for marketing companies in New York City. Later she carried on working in Florida. Plus, as she sufferers from Tourette’s Syndrome, she’s also an ambassador for the association in the USA. So, that meant with her communications and marketing qualifications, she managed to hold onto her job and work during the coronavirus. Fan also saw in Season 3 that when she met Alexei, he worked as the medic on her Birthright trip to Israel.

Initially, when he moved to the USA, 90 Day Fiance fans thought Alexei might become a model. But later, after he obtained his citizenship, it looks like he probably took up working as an EMT again. With Loren and Alexei Brovarnik raising their adorable child, juggling work time and Shai can’t be all that easy. Nevertheless, fans see a lot of clips on Instagram of the cute little kid. And he brings a lot of joy to fans of Loren & Alexei.

InTouch Weekly reported that “teamwork makes the dream work” for Loren and Alexei Brovarnik. In 90 Day Diaries, the couple explained that juggling Shai and work came as a bit of a challenge. The outlet also noted that Alexei works shifts, so he’s not always around. With her maternity leave over, Alexei helped her set up her office at home, which she never did before. They found that the best way to cope with Alexei’s working hours, and her commitments were to share chores and parenting between them.

Well, it looks like it all works quite well for them. But obviously. Loren struggles a bit if Shai gets a bit grumpy. And, the little boy just cut a few new teeth on the bottom of his mouth. Sometimes, Loren & Alexei Brovarnik enjoy a quiet date night together when Shai’s asleep. Alexei sometimes spicks up some takeout, so they can take a break from chores in the kitchen.

Often, critics of the TLC show ask if cast members “even work.” Well, in this case, they certainly do. With Shai, they become ever more popular. And sometimes fans even spot the hardworking mom and dad with Shai on Pillow Talk. Plus Loren & Alexei Brovarnik make sure that they keep fans updated on their little boy. Fans adore Shai and they admire the hardworking couple as they make every effort to provide him with a good life.