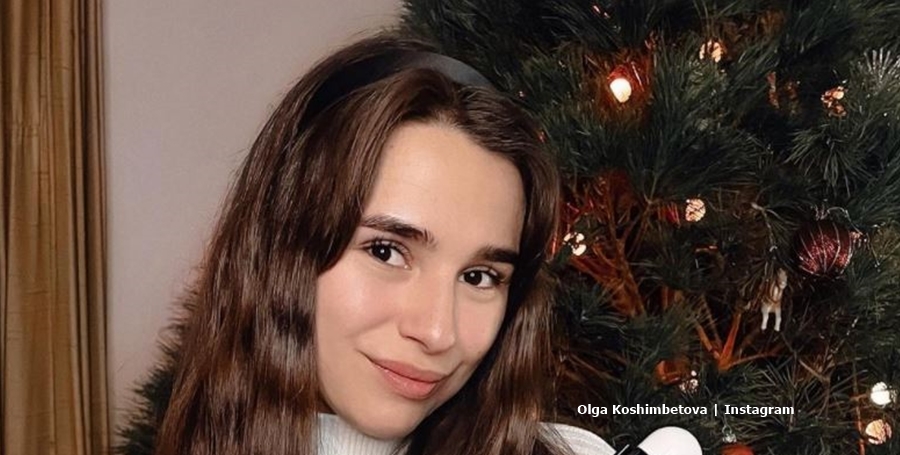 Olga Koshimbetova and Steven Frend divorced in 2020. And that left her rather alone in a foreign country. Luckily, the 90 Day Fiance couple worked out an amicable co-parenting relationship for the sake of their son Alex Richie. But in November, she started feeling excited about her green card and started making plans to live her dream with or without Steven. Now, she shared some exciting New Year goals.

While Steven seems rather involved in promoting CBS products, Olga started sharing photos of herself looking stunning. Certainly, fans believed she might start a career in modeling. But her main interest is photoshopping and photography. So she poured herself more and more into growing her skills and knowledge in that field. Now, it looks like she takes that to the next level in 2021.

The 90 Day Fiance star took to Instagram on January 9 and shared her New Year goals. Upbeat and very positive the young Russian mom said that she focuses on only two goals this year. In her post, Olga Koshimbetova said that she hopes to improve her body and wellbeing, but not over the top. In the past, she concentrated way too much on that, according to her. Mind you, TLC fans think she looks pretty awesome anyway.

For her second goal, Olga said, “[I want to focus] on my photography career.” She dreams of a “good portfolio.” Plus, Olga hopes that she connects with “more people who work in the sphere of photography and videography.” Ultimately, she looks forward to creating her own “projects.” Potentially, she looks at completing all that before expanding her horizons. So, clearly, she works towards goals by taking baby steps.

In the comments, many of Olga Koshimbetova’s fans encouraged her. One said, “When you come to Austin we’ll collab with your photography and my jewelry 🧡✨.”

Another fan wrote that they really hope Olga achieves all her dreams this year and they wished her the “best.”

Meanwhile, other TLC fans told her that she looks totally fine and not to worry about her body image. Olga seems like a pleasant young woman and her fans really like her a lot. Many of them feel sad for her as they believe Steven treated her badly. Recall, when fans first saw her on the show, he sulked because the baby took all her time.

Back in December, the Ovetimer reported that Olga Koshimbetova woke up in pain. She feared something went wrong with her kidneys. But Steven seemed uncaring. “She also said she doesn’t know what to do because she is alone and far from home. She said that she fears medical debt.” Well, fans felt so bad for her they offered donations if she set up a Gofundme, something very unusual.

So, it’s no big surprise that 90 Day Fiance fans hope that Olga achieves her dreams for 2021.