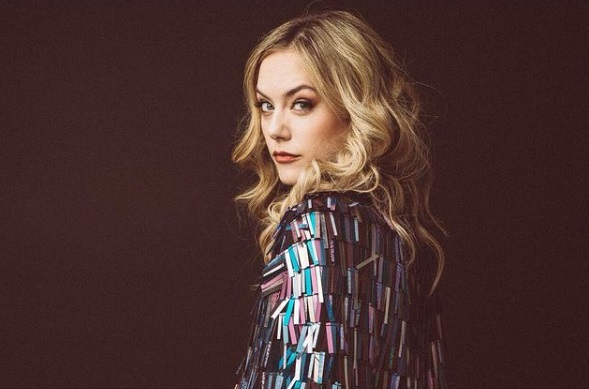 Annika picked a subtle way to announce her engagement, she didn’t even include faces in her reveal. Her only words were “She said yes.” Then she even left out the name of the future groom. But Bold and the Beautiful fans assume Annika plans to marry her long-time boyfriend Zach Fisher.

The photo below shows a couple of partially headless people but there’s a diamond on the hand of the woman. There’s no mistaking that jawline. Besides Annika posted this on her own Instagram page.  The photo came along with the words “She said yes,” so it sounds like an engagement announcement. Annika Noelle posted this to her one and only social media account over the weekend. The mysterious engagement photo surfaced over the weekend along with Annika’s three-word announcement. 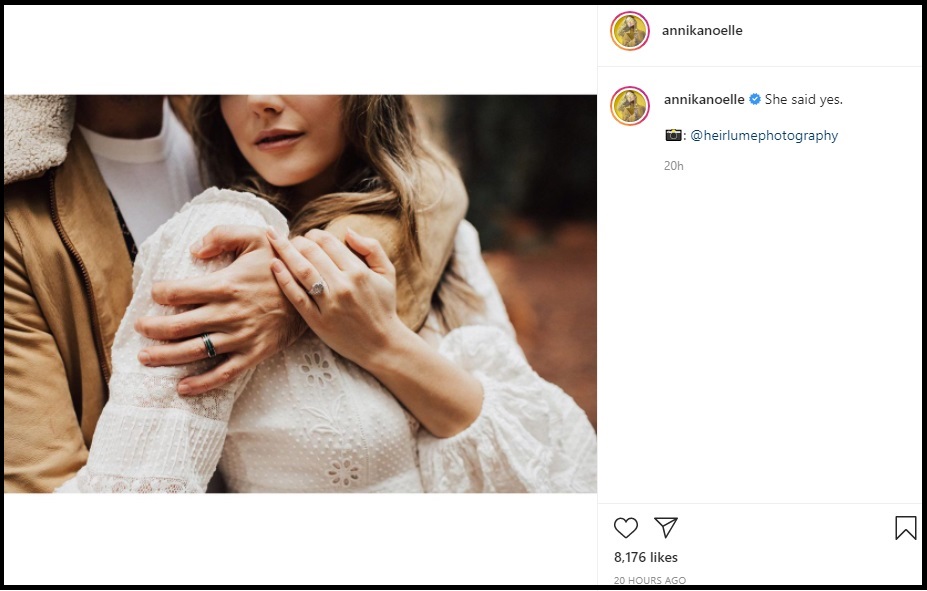 While living in LA, the Boston native says she still misses Beantown and the New England seasons. Annika is a Christmas Eve baby, born on December 24, 1986. She turned 34 last month. But she headed out to the West Coast when she was younger to follow her dream of acting. She has many roles under her belt and then eventually made her way to Bold and the Beautiful.

Annika Noelle’s long-time boyfriend is a musician. The Bold and the Beautiful star said she never pictured herself with a musician, but here she is today. Zach is also a recording Engineer. He owns Big Bad Sound, a recording studio. 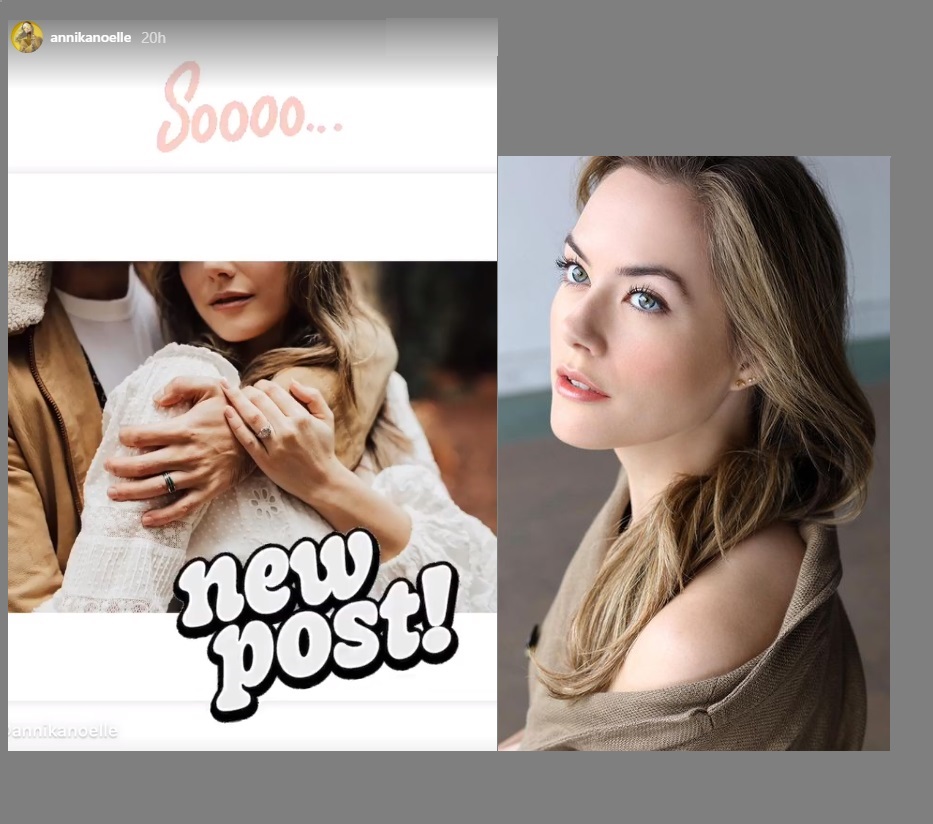 Her second love seems to be animals. She offers shelter to animals as well as working with a big animal foundation. She spends a lot of time with the Wildlife Friends Foundation. This agency is out of Thailand and while it cares for elephants, it also includes helping other wildlife species as well.

Bold and the Beautiful: What’s Up With Hope Logan These Days?

If Bold and the Beautiful fans are looking for drama, well here it comes. Annika Noelle’s character Hope Logan finds out her husband slept with Steffy Forrester (Jacqueline MacInnes Wood). This is Hope’s long-time rival for Liam Spencer’s (Scott Clifton) affection. Steffy is also her stepsister so this mess between Steffy and Liam trickles down through the family.

The mild-mannered and all-forgiving Hope Logan sheds that skin and anger takes over in the next few weeks. Fans will get to see Hope’s reaction to Liam’s confession at the beginning of the week. But by the end of the week, the Bold and the Beautiful spoilers promise a faceoff between Hope and Steffy.

Fans can expect to see Hope in a different light in the coming weeks. Especially when confronting Steffy. She wants to know why Steffy didn’t send Liam home instead of sharing a bed with him. It looks like Liam Spencer is wrong when he tells Steffy that Hope will forgive him because she has a big heart. Or at least those forgiving arms won’t extend toward Liam or Steffy anytime soon.