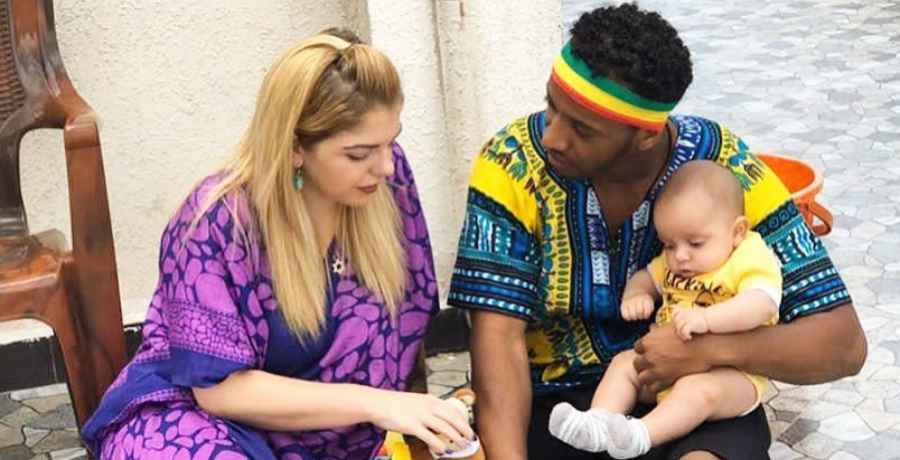 Life for 90 Day Fiance: The Other Way stars Ariela and Biniyam hasn’t been easy. There were many roadblocks along the way. However, the fan-favorite pair seem to be doing things right, while proving the naysayers wrong. Ariela Weinberg has finally revealed the secret to her continuing, happy and loving relationship with Biniyam Shibre.

In the past, Ariela and Biniyam have had so many obstacles to navigate. One of these roadblocks was the fact that he had been married before. In fact, Shibre’s former wife was also American and they also had a baby boy. Ariela’s trust was tested to the full by watching Biniyam dancing seductively with his former girlfriend at the night club.

When their son, Aviel was born, Biniyam’s family insisted on baptism or the tot would go to hell. Hell isn’t a subject Ariela wants in her son’s life, but she did finally agree to the baptism. However, soon after, the TLC reality star’s parents, Janice and Fred, visited Ethiopia. While fans had loved Janice on previous occasions, they were shocked at how Ariela’s parents insulted Biniyam while touring their home.

The finale of this season of 90 Day Fiance: The Other Way revealed even more drama. This was when Biniyam took Ariela and little Aviel to a local festival, Timkat. The crowds scared her and she was worried her baby would be injured. Ariela even walked out on the festival, which is Biniyam’s favorite event each year.

Outside of the TLC reality show, however, Biniyam proposed to Ariela at Timkat and she accepted. Since then, regular posts on Instagram by both parties reveal how happy they are together. In fact, despite all the 90 Day Fiance fans who said they didn’t have a chance, it is onward and upward for Ariela and Biniyam.

Ariela and Biniyam work out together

Both Ariela and Biniyam keep fans updated on Instagram about their latest adventures. The new mom shares little Aviel’s firsts, like the fact he had his first birthday and can now walk. Recently, images have been shared from Kenya and it is unknown whether they have moved permanently or were just on vacation.

Despite all the lovely posts, Ariela’s critics still question her life choices and why she is with Biniyam. The TLC reality star came up with the perfect response while flaunting her slim, toned body. Ariela posted a group of images of herself and Biniyam in the gym, writing, “No Instagram would be complete without a gym selfie!”

In the caption, she mentions the shoes she is wearing, which cannot be seen in the first image. Ariela wrote, “But seriously didn’t I pick the best gym shoes?” Scrolling right clearly reveals the sandals she is wearing!

However, the most important note in her caption relates to why she and Biniyam are still together and going strong. Ariela wrote, “The family that works out together stays together. Isn’t that how it goes?”  Scrolling through the many comments to her post, each one seems positive. At the time of writing, not one troll has ventured out from under the bridge!

For fans who want to see more of this seemingly perfect couple, Ariela and Biniyam are currently starring on Discovery+. As noted by Screen Rant, you can catch them in 90 Day Fiance: The Other Way Strikes Back. While the show makes it look like Ariela is in Princeton and Biniyam in Ethiopia, fans must remember this content was filmed a while back.