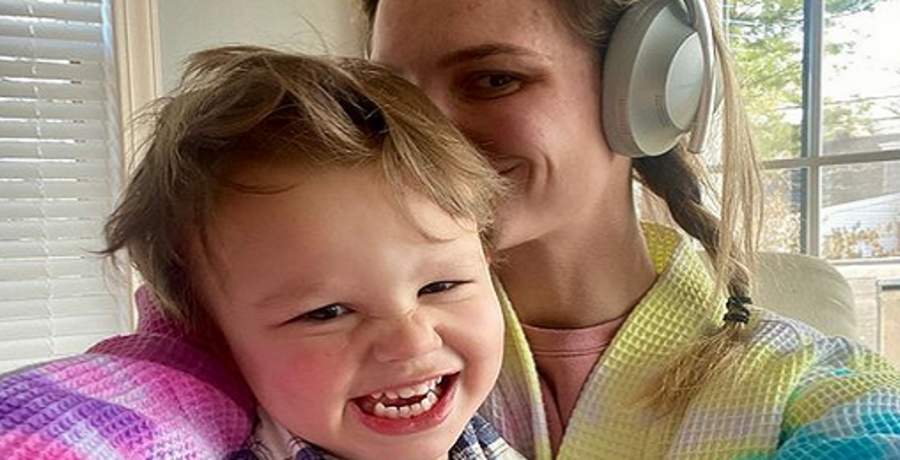 Meghan King shared an update on her divorce. The Real Housewives of Orange County alum split from estranged husband Jim Edmonds in October 2019. Their messy divorce has played out in the media. And it looks like it’s not going to let up anytime soon.

Their divorce has come to a halt amid the coronavirus pandemic. Both Meghan and Jim have moved on, but they’re still legally married. She admits that she would love to be a single mom, but she can’t. The Bravo star reflected on the past year. In the honest post, Meghan also addressed her split from the former professional baseball player.

Meghan King says she’s as “married as ever”

In a new blog post on Thursday, January 7, Meghan King got reflective on her life. The mommy blogger also reflected on her split from Jim Edmonds. Unfortunately, with the ongoing coronavirus pandemic, they can’t become officially divorced. Their split has been messy as it continues to play out in the media.

“Back to 2020 goals, looking back mine were pretty lofty. *Insert sarcasm and keep reading.* My main one was to get divorced but here I am married as ever,” she wrote in her latest blog post. “Dude, Covid courts won’t even let me get divorced. I feel like that pretty much sums up 2020: I can’t even accomplish the s*******t thing on my list.”

Meghan and Jim married in 2014 after dating for a year and a half. The couple appeared on RHOC together. They share daughter Aspen, 4, and twin sons Hart and Hayes, 2. In October 2019, Jim filed for divorce from Meghan. She claims he had an affair with their former nanny, Carly Wilson, which both parties denied.

Since their headline-making split, Meghan and Jim have fought over everything, including child support and their prenuptial agreement. The duo never shies away from their true feelings about one another. They often use their respective Instagram pages to throw shade. Meghan has shared her feelings about being a single parent, admitting in December 2020 that she wishes she “had a partner” to lean on.

Meghan King would like to get divorced by 2021. She wants to have a fresh start. TV Shows Ace previously reported that Meghan is currently dating since making the move to St. Louis. But she told Us Weekly that she feels “lonely” these days. In the interview, she shared some of her new year’s resolutions.

“Getting divorced would be great,” the television personality said. “That’s such a morbid thing to think about [and] to look forward to, but it’s funny how things change.”

The 36-year-old shared the perils of single motherhood. Meghan didn’t enjoy being single at Christmas. Her little one spent Christmas morning with Jim. She told Us Weekly that being alone that day was “really depressing.”

“I mean, I’m an adult who’s been driven by societal expectations for 36 years,” Meghan said. “It’s just hard to one day decide that’s not what I’m going to do anymore. … I’m single. I have a new house. I’m all by myself in it. On one hand, I’m so proud and I feel so incredibly empowered, and on the other hand, I’m lonely. I want somebody to share this life that I’ve built with me.”

In May 2019, Meghan revealed that she was dating entrepreneur Christian Schauf. But the couple’s relationship was over by November. She’s hoping to explore the dating world this year. Meghan is also keeping herself busy with working with a “nonprofit that builds seamstress factories for women around the world.”