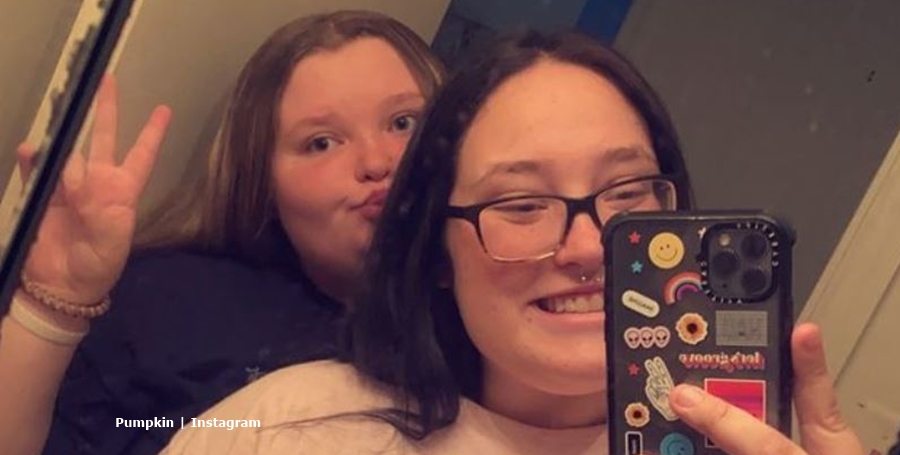 Honey Boo Boo fans wonder where she lives now. The Mama June: Family Crisis finale revealed that Alana had no intention of living with Sugar Bear and Jennifer. June’s out of rehab now, and fans don’t know if she and her daughters reconciled. So, where is Alana staying these days?

Honey Boo Boo yelled at Jennifer about her custody fight

We reported that at the end of the finale episode in Family Crisis, fans cheered on Honey Boo Boo. She totally lost it and gave Jennifer hell for trying to get her back in Sugar Bear’s custody. Recall, for most of the season, Jennifer criticized the way Pumpkin raised June’s youngest daughter. Pumpkin got temporary custody of her little sister under some conditions by Sugar Bear.

However, fans thought that Jennifer just wanted Honey Boo Boo so she could laud it over Mama June. In fact, fans grew furious as Jennifer called June a “crackhead” in front of the young girl.  It all ended up with Pumpkin driving away and Jennifer screaming abuse at her as they drove away. Alana wanted nothing to do with them. And she got angry when Jennifer told her big sister that she and Sugar Bear were more “stable” than her.

While Jennifer argued with Pumpkin, Alana just freaked out, She told everyone to “just stop!.” Furious, she said, “I want to stay with Pumpkin and that’s the end of the conversation.” Plus she accused them of texting her just to “make themselves look good.” The young teen also said that Sugar Bear never wanted her anyway as he “hoped for a boy.” And that’s the last anyone ever heard about the custody issue.

For a long time, fans saw Honey Boo Boo sharing posts about her niece and her sister Pumpkin. But recently, that dried up. So did Pumpkin’s bid for legal guardianship of her sister work out in the long run? Well, Pumpkin talked about that a bit in a post on January 4 on Instagram. She shared a photo of herself with her little girl Ella Grace, and her husband. Pumpkin tagged it as Disney. In the comments, One fan asked Pumpkin about Honey Boo Boo

One fan asked. “is Alana back with her mom or with her dad? haven’t seen her with Pumpkin lately.” Well, Pumpkin replied and said that Alana still lives with her.

That sound great, WEtv fans think because they know Alana fought hard to stay with Pumpkin in Family Crisis As Pumpkin said nothing about Mama June seeing Alana, probably it remains part of their NDA. Perhaps we see something about that in the next season of the show.