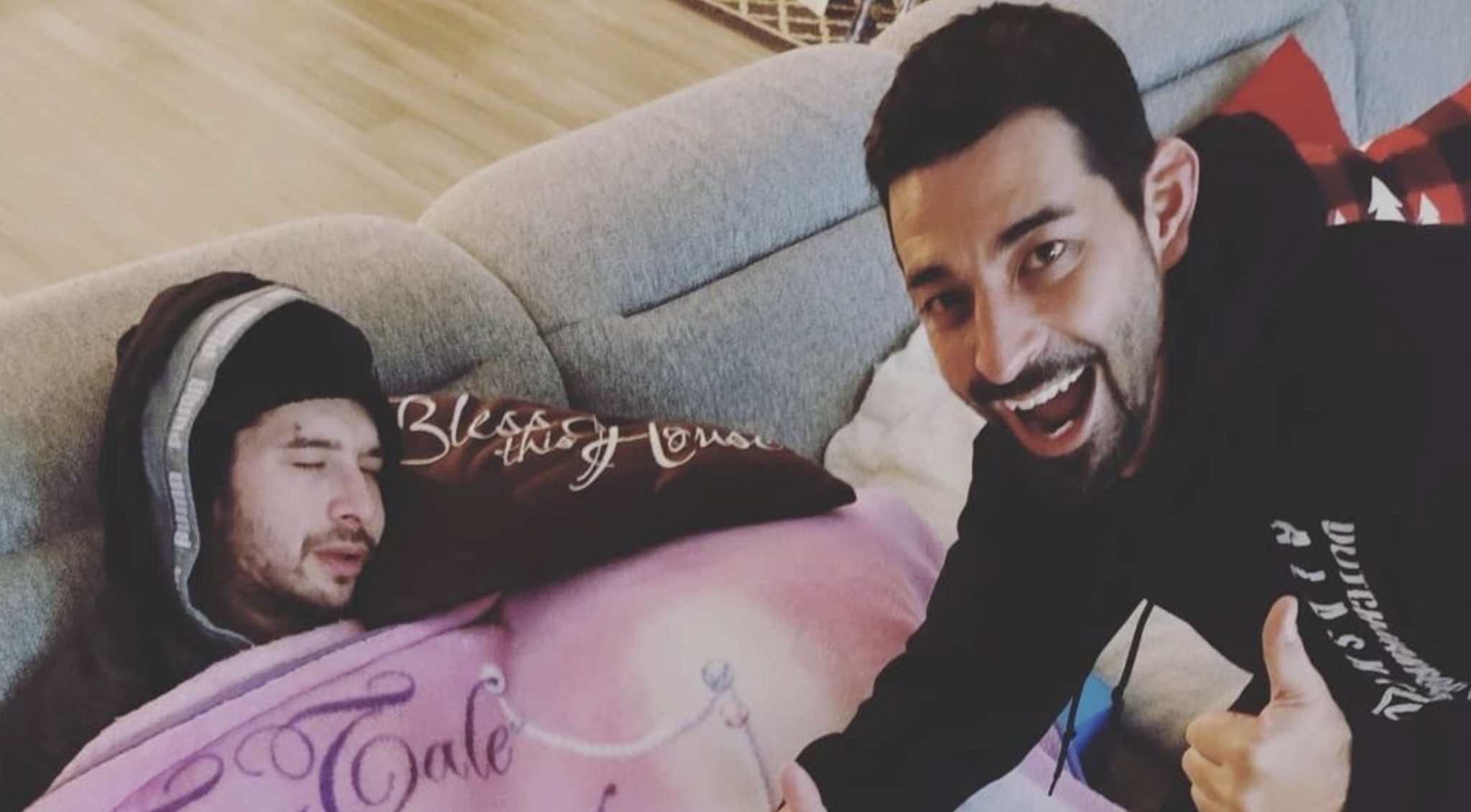 Will Deadliest Catch fans see a Harris brother reunion in Season 17? Based on some new social media, it looks like Captain Phil’s kids, Josh and Jake, will once again fish together on the F/V Cornelia Marie.

Will Jake Harris return to the Deadliest Catch? Sure sounds like it! Just after Christmas, Josh Harris shared a photo on Instagram of Jake sleeping on a couch bed. He had a fairy tale comforter over his body. That is likely borrowed from his niece, Josh’s little girl. Jake was still in his hoodie and his older brother Josh was smiling big and holding two thumbs up!

Josh wrote,  “The first pics of Christmas three hours of wrapping presents was too much lol… can he still handle crab fishing #family.”

Besides the familial reunion of Captain Phil’s sons, this is certainly more than a hint that Jake will be fishing in 2021. Moreover, it does not indicate that Jake has already gone out. This definitely sounds like Josh is talking about the future. Can Jake handle crab fishing?

The idea that Jake Harris is returning to crab fishing is not new. In the last episode of Deadliest Catch Season 16, we got a foreshadowing of the future. We saw a more mature Jake Harris. Looking happy, he was hanging out with his big brother, Captain Josh Harris. To say that Josh was happy is an understatement.

Josh Harris has repeatedly expressed his dream of fishing with his brother again. This is about the late Captain Phil’s legacy. However, since Jake’s last appearance, It seemed unlikely that he would ever return to crab fishing. He had been in the news, and things looked pretty serious.

Where Has Deadliest Catch Star Jake Harris Been?

How serious did things get for the former Deadliest Catch star? Well, things got so serious that Jake Harris did time. Two years ago, back in January 2019, Jake got into some serious trouble. In an RV, documented on YouTube, he tried to outrun police. He had been at a campsite, during off hours. The officer had noted that Jake looked a little worse for wear. When he tried to investigate further, Harris took off. Of course, an RV is not going to outrun a police car.

Thankfully, this tragedy was the beginning of things improving. In the late spring of 2020, Captain Josh Harris let fans know that Jake has “gone away for some of the crimes he committed.”

Thankfully, Josh’s report on his brother was that Jake was “doing really good.” however, there was a “very small hiccup.” Thankfully, this did not seem to adversely affect his release. In addition, it appears that Jake is ready to return to his old life of crab fishing.

Now, fans are waiting to see if Josh’s dream of Jake returning to the F/V Cornelia Marie will happen in Deadliest Catch Season 17!