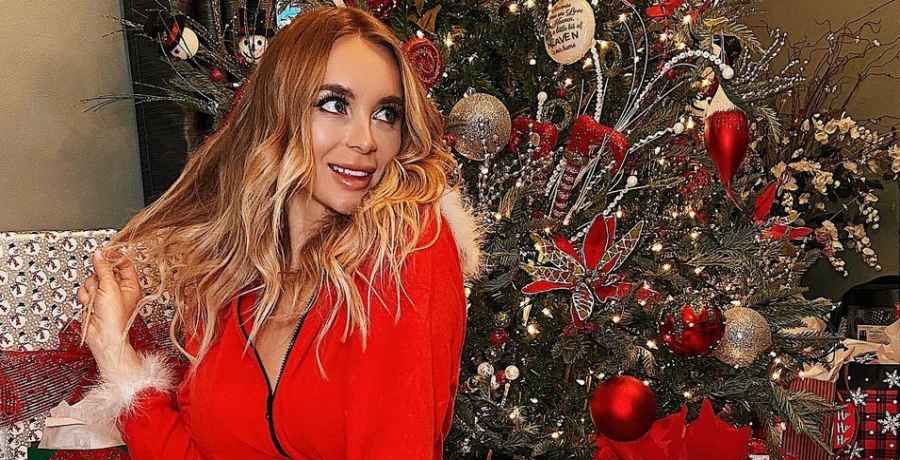 90 Day Fiance fans have recently met Yara and Jovi on Season 8 of the TLC reality show. However, this seemingly loving couple might not be what they seem. This is after a video clip has surfaced on Reddit, which shows Yara in a former reality TV show. Her appearance definitely raises – and waves – red flags relating to Yara and Jovi’s relationship.

In Season 8 of 90 Day Fiance, Yara, 25, is moving from her home in Ukraine to the United States. She had met Jovi, 29, on a travel app and moved to join him. On the show, we see Yara struggling to settle down in Jovi’s home state of Louisiana.

Meanwhile, a post made on Reddit has revealed Yara’s former appearance on a reality TV show, titled Fashion to the People. The show premiered in Ukraine when Yara was 19 and in it, she outlines her requirements for a dream man. It turns out Zaya is looking for a foreigner with plenty of money.

In the clip, which fortunately has English sub-titles, we hear Yara describing the perfect guy. She says her name is Yaroslava and she is 19-years-old. Yara says she is a big party girl and loves nightclubs very much. She also loves rich men, preferably foreigners.

Later in the video below, Yara says she finds it very hard to believe in love. She says at first, she thinks it’s love. However, it always turns out to be “just sympathy for a person” and it fades very quickly. Zaya explains that she meets foreigners when she walks down Khreshchatyk Street. In fact, this happens very often and it seems to her that foreign men are better and more intelligent than Ukrainian men.

Girl on a mission – Yara🧚‍♀️ from 90DayFiance

Yari and Jovi on Season 8

We do, of course, know that Yara has found a foreign man, in the form of Jovi from Louisiana. They met via a travel app and have been exploring the world together. Yara and Jovi got on so well that he proposed to the Ukrainian beauty. However, after traveling to America, things are not going smoothly.

Yara has just spent 30 hours on a plane, flying from Ukraine to the USA. She is naturally exhausted on arrival. However, Jovi can’t wait to show her off to his friends. He wants to take Yara to Bourbon Street in New Orleans straight away. They ended up having a disagreement because Yara wanted to have a shower and go to sleep.

As noted by Newsweek, more tension s arise when Yara meets Jovi’s mother for the first time. At the time, there was a disagreement about whether the pair should sleep at his mother’s home, or return to their own after dinner. Hints on the 90 Day Fiance show have already revealed that Jovi’s mom wants them to have a big wedding with all the trimmings. Meanwhile, Yara doesn’t want this type of American wedding.

90 Day Fiance fans have already criticized Yara and Jovi, saying they are both immature. Neither party seems to know how to best communicate their needs to the other. Now, on top of this, there is concern about her former reality TV appearance. Is she with Jovi because she loves him or is he her token “rich” foreigner? Whatever the facts, Yara and Jovi need to officially wed in 90 days. If not, Yara will not be able to extend her visa.

Keep up with the drama on Season 8 of 90 Day Fiance on Sundays on TLC at 8 pm ET.