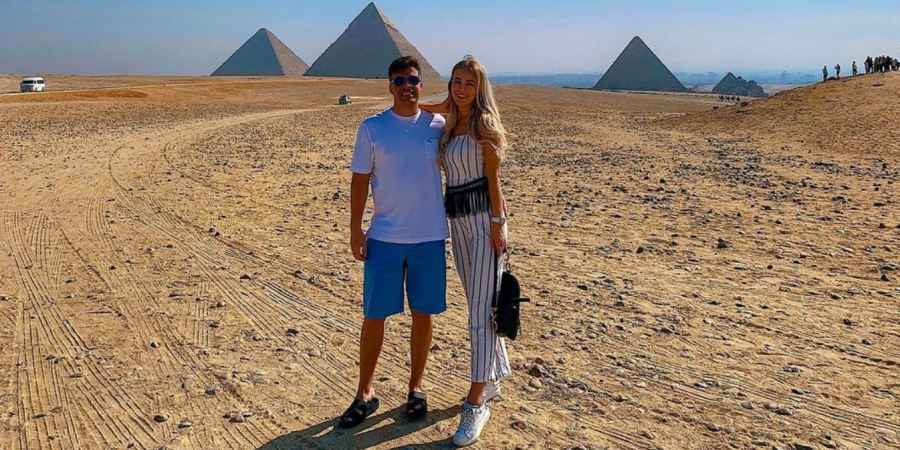 After 90 Day Fiance: The Other Way came to an end last weekend, fans can now look forward to Season 8 of 90 Day Fiance. Among the loving couples featuring on the new season are Jovi Dufren and Yara Zaya. Find out more about the American world traveler and his Ukrainian love, how they met and how their relationship developed below.

Jovi Dufren, 29, is a world traveler and was hoping to meet someone to accompany him on his adventures. He downloaded a travel app in an effort to meet people to take on his travels. He almost instantly connected with Yara Zaya, 25. While he wasn’t seriously looking for love, he found it in the Ukrainian beauty.

Just six months into their relationship and while their romance was starting to blossom, Yara discovered she was pregnant. However, regrettably, she soon found out she had a miscarriage, which turned out to be devastating news for the pair. However, all the heartbreak somehow drew Jovi and Yara even closer to each other.

What do all of these couples have in common? They're taking a chance for love!💘 Tune in to a BRAND NEW SEASON of #90DayFiance, Sunday at 8/7c. pic.twitter.com/k0gcuYjhdy

Jovi proposes and they file for a K-1 visa

Soon after finding out Yara was pregnant, Jovi popped the question and she said yes! They then started the K-1 visa process so she could move to the United States. Fans will remember, the couple has to marry in the 90-day time frame so that she can stay with him in Louisiana. Yara is now in the process of relocating to New Orleans to be with Jovi. However, everything is not all happiness and light in their relationship.

The Season 8 trailer for 90 Day Fiance reveals Yara preparing to move to the States and worrying about how well she will adapt to the new country. While fighting back tears in the teaser, Yara says Jovi needs to understand that she gave up everything she had to be there. However, as can be seen in the clip, she is excited for him to show her New Orleans.

Jovi’s family and friends are concerned for him

It seems Yara isn’t the only one worrying about her big move from Ukraine to the States. It turns out Jovi’s mom is also concerned over their relationship. She says the pair will have their work cut out for them when Yara arrives in the Big Easy. As noted by In Touch, Jovi’s friends agreed with her, questioning why he would give up his party-loving, bachelor life to settle down and marry. Dufren himself is a little concerned, as they both come from such different backgrounds and cultures.