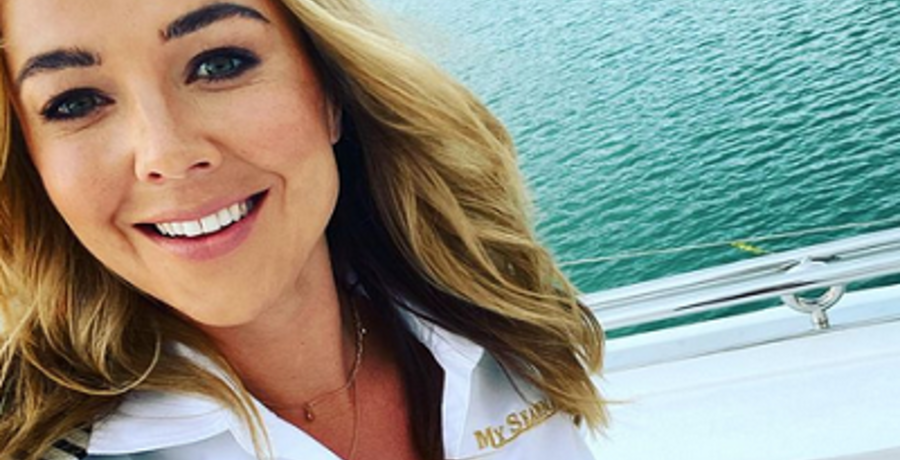 The Below Deck Season 8 drama continues. In a new sneak peek, chief stew Francesca Rubi breaks down in tears once again. Earlier this season, Captain Lee Rosbach said, “There’s no crying in yachting.” However, that hasn’t stopped Francesca from shedding a few tears this season.

However, they don’t feel the same way. Some of them think she’s “b*tchy” and “mean.”

What made Francesca Rubi cry?

In tonight’s episode of Below Deck, Francesca breaks down in tears. When My Seanna gets ready to dock, she recognizes a chief stew on another yacht. Francesca excitedly waves at her former crew member. But then she’s overcome with emotion and she has to excuse herself.

“A big part of yachting is the crew end up being your family,” the Aussie reveals in her confessional.

Francesca is so sad that she has a good cry in her bunk. She no longer feels that way about her current crew members. She’s aware of how they feel about her.

“This crew doesn’t see me like a person,” Francesca says through tears in her confessional. “They see me as this b*tchy, mean chief stew.”

Francesca sheds a lot of tears. Not only does she cry in her confessional, but she also cries in her cabin. She tries to compose herself as the yacht prepares for docking.

Francesca Rubi and Elizabeth Frankini haven’t become best friends. This season was filmed earlier this year. Since then, Francesca has moved on from the disappointment that she didn’t bond with the crew. She recently talked to her fans on Instagram. One Below Deck fan asked her how she dealt with Elizabeth ignoring her directions.

Elizabeth assumed that Francesca was acting passive-aggressively, but she didn’t feel that way.

“There’s also no time when on charter to train,” Francesca explained. “So you have kind of have to find a balance between training on the job and also instructing in a nice way.”

Another fan asked her if she would work with both Elizabeth and Ashling Lorger again. But she only mentioned Ashling. “I would pick lovely Ash because she just thinks on her feet,” Francesca said. “And I always know it’s going to be sorted and I don’t need to micromanage. I don’t need to check up on her like you saw with the detox shots in the most recent episode.”

It’s not unusual for chief stews to have issues with stews. Every chief stew on the franchise has had to deal with crew members seeing them as mean or stern. But this is the first time for Francesca. It’ll be interesting to see how she handles it.

Below Deck airs Mondays at 9 p.m. ET on Bravo.