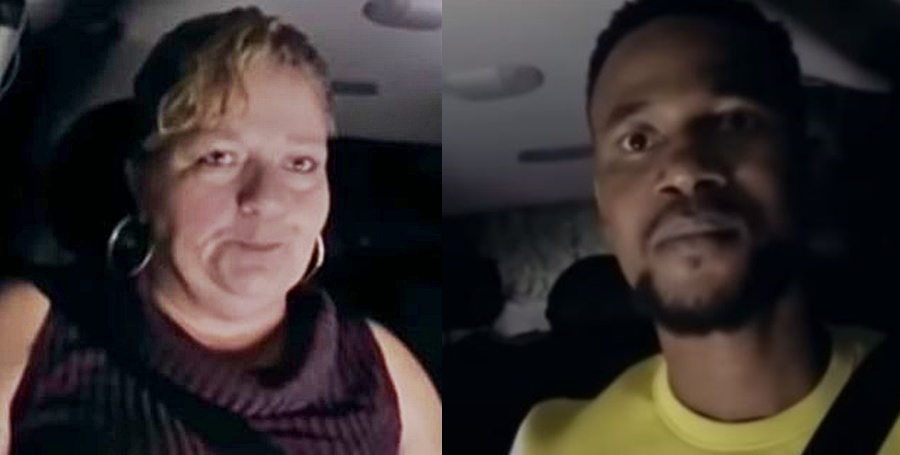 90 Day Fiance fans heard that Sojaboy served divorce papers on Lisa. The Nigerian rapper and Lisa Hamme were already estranged and TLC fans thought it would never work anyway. Things got really toxic between them, and at one stage, Lisa claimed that he just used her. But he claimed she would kill herself if they didn’t marry. In other words, it all seems like a hot mess. Now, Sojaboy just thanks God they split forever.

We reported in May this year, that things became more toxic than ever between the couple. During an Instagram Live, Sojaboy claimed the only reason he married Lisa involved threats of suicide by her if he didn’t. Recall, she used the “N” word with him. And she accused him of scamming her. But for a long time, he tried making it work. Or so he says. But, with all the accusations, and claims he used her for fame, and more, it’s not clear where the fault lies between these two.

InTouch Weekly reported on December 21, that 90 Day Fiance Sojayboy served his divorce papers on Lisa Hamme. He told the outlet, “Lisa and I are no longer together, she was served [papers] last week and she [doesn’t want to] accept it.” Allegedly, his lawyer called her up to talk about the divorce but she simply “yelled at him and cut the call.” Well, even with the divorce in the hand of lawyers, it seems that Sojaboy feels the need to keep justifying his actions.

Taking to Instagram on the day after Christmas, Sojaboy shared a screenshot of a message. It came with rather a lot of vulgar suggestions about who slept with Lisa Hamme and when. The person described Lisa as a “gold digger,” a “freak,” and suggested some sort of scam. In his caption, Sojaboy wrote, “Always pray hard to be guided and protect by GOD.” Then he told fans to “look at Lisa’s man warning and advising me not to be [a] victim.”

90 Day Fiance Sojaboy claimed that he never really saw her “tricks” in Nigeria and blamed her for brainwashing him. Then he noted, “thank God I didn’t enter [the] US with her [in] marriage 🙏🙏🙏.” Finally, he wrote, “Imagine [an] old woman with this kind of behavior, thank you GOD almighty.”

Lots of TLC fans responded to Sojayboy, as you can imagine.

One fan commented that the guy seems as bad as Lisa. And another one noted, “Just get the divorce and keep moving forward.” Meanwhile, another follower wondered why he feels compelled about sharing this sort of thing.

Actually, with a divorce in the offing now, perhaps 90 Day Fiance Sojabiy should let it go. After all, these rather intimate posts seem a bit over the top on social media. Pretty much, fans seem over the whole thing.