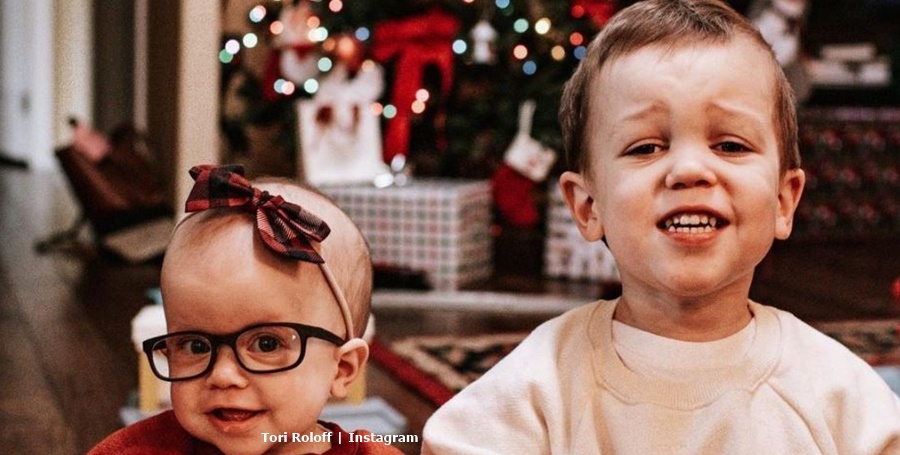 Tori Roloff looked forward to Christmas this year. After all, Lilah’s old enough to appreciate gifts now. One thing the Little People, Big World star really feels thankful for is that she spends the season with people she loves. Christmas Eve came along, and she shared a few photos of their traditions. And then she shared other photos via her Stories. In one of them, Jackson gave his sister such a hilarious look.

Tori Roloff and her family Christmas, Jackson’s so ‘funny’

When Tori attended her first Church service of the Christmas season, she said that she felt very thankful. In fact, on her Instagram, she noted she’s “never been more grateful to share the good news with people who [she loves] most. The LPBW star said the previous year that all she wanted for Christmas is to make her kids and husband happy. And this year, it looks like she managed that.

The Hollywood Gossip noted that Tori Roloff suggested that it’s possible to find peace and joy despite the coronavirus. In fact, she feels that believing in God helps her a lot. She said, “I can see the joy of Jesus in both my kids, and for that I am grateful.”  Well, on Christmas day, her home certainly looked like a happy place. And, Jackson made her laugh with his hilarious side-eye at his sister Lilah.

Jackson gives his sister a hilarious look on Christmas Day

Tori took to her main Instagram on Christmas Eve and shared that the kids listened to Zach reading the “story of Jesus.” After that, they got to open “one present” each. Tori said that she “found the magic of Christmas again. It’s not the presents, but the time. Time with family and the ones who mean the most.” Plus, she explained how much fun and joy her kids Jackson and Lilah give her this year.

Next, on Christmas Day, Tori shared some more photos of the kids at Christmas. In one of them, the scene showed loads of wrapping paper all over the place. Even little Lilah looked very happy with the concept of opening gifts. Tori captioned it with, “To say Jackson and Lilah enjoyed Christmas morning would be an understatement.”  But the next picture she shared revealed Jackson being “so funny.”

In her final photo of the family on Christmas Day, Zach and Tori sat with the kids in front of the Christmas tree. Actually, it looked like one of the photos they took for their formal Christmas greetings. But it failed if that’s the case. The Little People Big world mom labeled it as “Vs Reality.” Plus she wrote, “Jackson is so funny these days.”

Well, as you can see in the photo above, Jackson gave his sister Lilah such a hilarious side-eye. I think we can all guess how much Zach and Tori Roloff laughed when they first saw it.