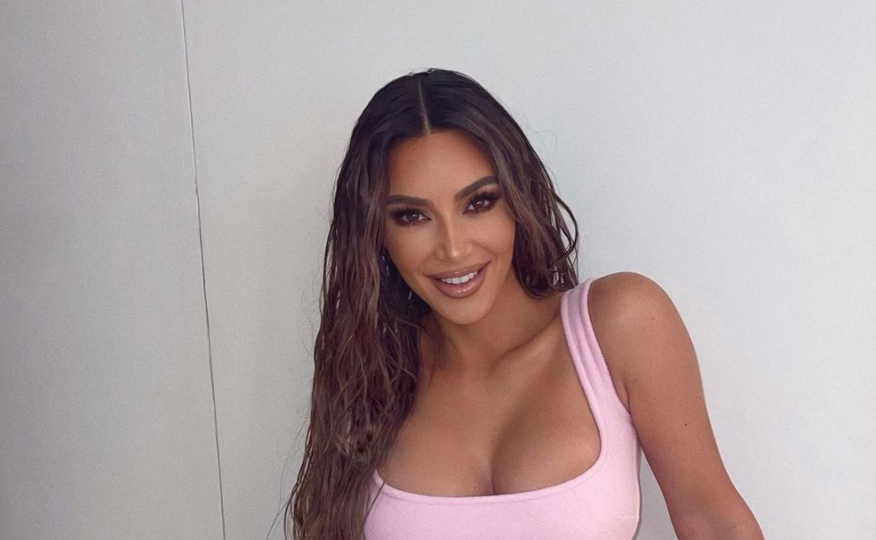 It’s no secret Kim Kardashian has a great body. Now, she’s showing it off on Instagram. The mom of four is posing, and showing her followers all of her curves.

Kim K. took to Instagram today to show off her great figure. The Keeping up with the Kardashians star is wearing a rather interesting outfit comprised of tiger stripe pants, an orange crop top, and a brown puffer coat. On anyone else that would probably look weird, but Kim is rocking it (of course).

In the caption, she says “FREEZN SZN”

This is probably because she’s standing in the middle of the snow in a crop top.

Of course, her fans fill the comments with love for the star.

“Looks pretty🔥 if u ask me,” one person says.

Of course, Kim has been doing more than just posing in the snow.

She and Kanye West continue to have marital issues. The couple started having issues when Kanye decided to go full force with running for president.

Apparently, working on their marriage all the time is exhausting.

“Kim is exhausted from continually trying but keeps their vows in mind when making any pertinent decisions,” a source says. “And Kanye is working on his psychological health and mental state. The family and Kanye are still in contact and everyone wants the best for Kanye, Kim, their kids, and the rest of their family.”

Honestly, if they split it will be so sad because they have always been great together. However, they shouldn’t have to go through this stress every day.

The source continues saying that Kanye “needs to work on himself before he can work on the well-being of anyone else.”

Currently, Kim is just trying to keep everyone else stable and happy. Her priorities start with her kids and then go to “herself, Kanye and the rest of the family, essentially in that order.”

Overall, it sounds like Kim Kardashian isn’t really sure what to do or if they should remain a couple. That would be such a hard choice to make, especially since they share four children.

Do you think Kim Kardashian and Kanye West should stay together? Or, do you think they are better apart? Let us know what you think in the comments below. Come back to TV Shows Ace for more news on your favorite Kardashian family members.