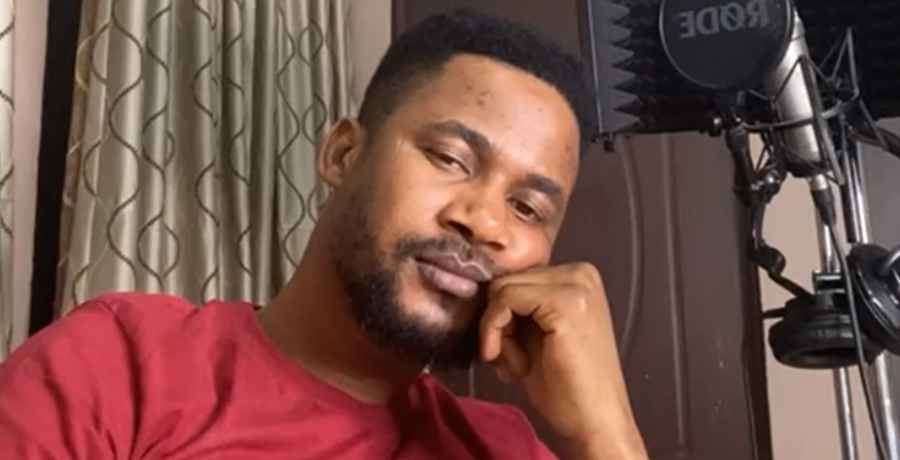 It’s official. 90 Day Fiance: Before the 90 Days star Usman Umar (SojaBoy) has officially served Lisa Hamme with divorce papers. The Nigerian rapper has confirmed the news, following their breakup in May this year. He also took to Instagram with several posts relating to his divorce and failed marriage.

Lisa Hamme has recently been teasing a new man in her life while posting images of gifts from the mysterious person. However, according to Usman, she doesn’t want to get divorced.

Usman, 30, spoke in an interview with In Touch on Monday. He said that he and Lisa are officially no longer together. Umar confirmed that divorce papers were served on her last week, but she wouldn’t accept them. SojaBoy said that his lawyer called Hamme so she could explain why she won’t accept the papers. However, she reportedly yelled at the lawyer and cut the call.

The TLC reality star said that after that, Lisa called on Zoom. He said she lied to people as she usually does. However, despite this, he says he is free and said if they look at him very well, they will see he is happy. Sojaboy said he is getting better without drama and also over the money she took from him.

Despite Usman’s claims that she wouldn’t accept the divorce papers, Lisa, 53, seems to be fine with the whole idea. She recently went live to confirm the news of their divorce on a Zoom call on Friday, December 18. Fans had to pay $5 to join to watch the call.

In March, Lisa accused Usman of using her to get on the show in order to promote his music career. She said he married her just to be on the TLC show so that people would recognize his name and buy his music. She has since deleted the Instagram Live, but it was reposted by 90 Day Fiance blogger John Yates.

Hamme said she tried to work with Usman and so did his brothers. However, he thinks it is all about him and he is going to do whatever he wants. Lisa said Umar will never apologize for anything bad he has said about her. She added, “He’s posing as what you call a romance scam, which is very illegal in Nigeria. It puts that stigma back onto Nigeria again and that’s what I didn’t want to do.”

However, an insider denied Lisa’s claims about Usman, saying SojaBoy is not a scammer. They added that they are sure Umar is living a better life than her.

In Touch reports that in June, Lisa confirmed she was ready to leave the past behind her. Hamme told them that she was physically, mentally and emotionally done with Usman.  So now, it seems they both agree on that fact.

Among Usman’s recent posts on Instagram, he included a video clip of his wedding. His caption to the post was telling.  It read, “Either I was brainwashed or I was charmed by this woman, look at my mom and brother’s faces they were all not happy but I keep [sic] on going.”

Let’s wish both 90 Day Fiance stars, Usman Umar and Lisa Hamme all the best in their future lives.