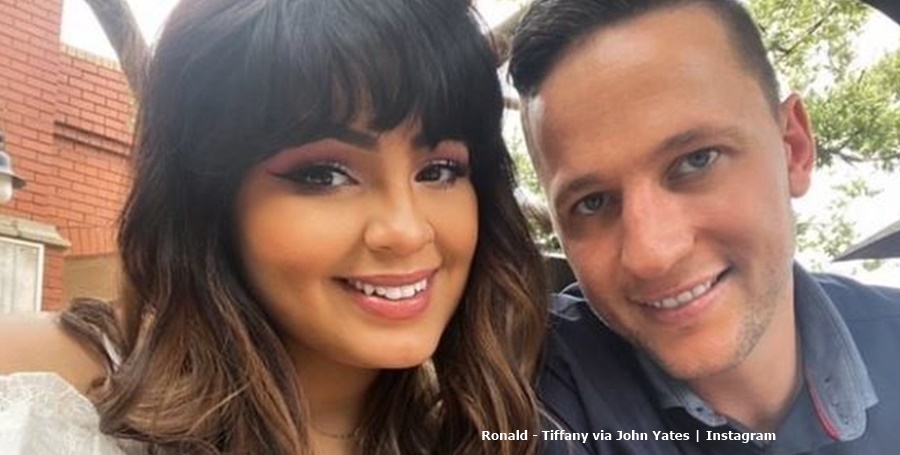 90 Day Fiance fans waited for a very long time for Tiffany and Ronald to reunite. Actually, they split quite publically earlier this year. But they got back together again, albeit via their long-distance relationship. Now, after months of hoping for it, the couple finally reunited.

After their very public split, Tiffany and Ronald made up. We reported that during Self Quarantined, the couple revealed they attended counseling via remote chat. Some of the issues revolved around Ronald allegedly falling back into his gambling addiction and alcohol issues. Plus, he grew angry as apparently Tiffany never registered herself as married to him in the USA.

However, after virtual counseling, they seemed back on track again. In fact, they started talking about their excitement about seeing each other. That came when South Africa opened its borders for international visitors. The country kept its borders closed under a strict lockdown between March and October. So, Tiffany couldn’t visit Ronald and he couldn’t leave the country for the USA. Fans hated that he missed so many milestones in his daughter’s life. In fact, some fans slammed her for leaving South Africa in the first place. But now they reunited.

Blogger John Yates shared some photos from Tiffany and Ronald on December 20. He captioned them with, “So happy to see that Tiffany, Daniel and Carly are in South Africa spending Christmas with Ronald.” Well, of course, they look delighted to be there. South Africa banned UK flights because of its COVID-19 numbers. But now, some countries also plan on banning flights out of South Africa as a new strain of the virus was announced there. The country recently started a second wave. So, maybe she gets stuck there for a bit. Time will tell.

To date, inclusive of the second wave, the number of cases since March sits at 921,922. Meanwhile, 793,914 people recovered. And deaths in total amount to 24,691. That’s way less than numbers in the USA. And, some optimism comes as the South African variant might not affect the COVID-19 vaccine efficiency. Even so, some 90 Day Fiance critics slammed Tiffany and Ronald for travel during the pandemic. However, many of their fans just feel happy that they finally met up again after about a year apart.

On the post, many fans responded. Apart from a big argument about COVID-19, lots of cheerful comments arrived. Here’s what some of them said:

What do you think about 90 Day Fiance couple Tiffany and Ronald and the kids reuniting for Christmas? Do you agree they look very happy together? Sound off in the comments below.