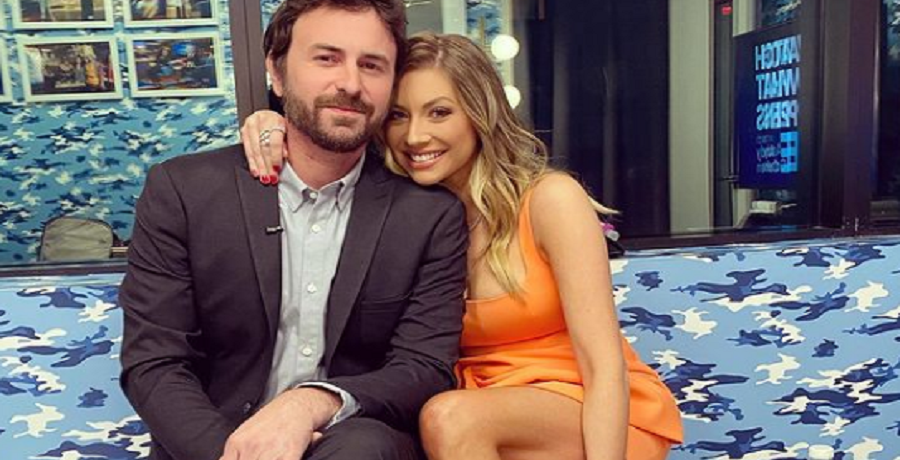 Stassi Schroeder wants to make a comeback. For months, rumors have been swirling about the former Vanderpump Rules star’s future plans. Currently, Stassi is pregnant with her first child. So, of course she’s focus on that.

But does she really want to have her own show? Does she miss being on reality television? Every so often, the reports keep popping up. Although her husband, Beau Clark, denied the rumors, there might be some truth to them.

The former Bravo star is serious about making a comeback. Per Page Six, she wants to try, at least. Back in June, Bravo fired Stassi Schroeder and Kristen Doute for their past racist actions. Former Vanderpump Rules co-star Faith Stowers ousted the duo during an Instagram Live.

On Saturday, December 19, the outlet claims that Stassi wants to move on from that moment in her life. She had her first-ever interview with Tamron Hall, in which she claimed she was working with a diversity coach. An insider told Page Six that Stassi has hired an all-new PR agency and she wants to make her big return.

She’s now working with PR and branding firm Align, who also reps Jameela Jamil, Lea Michelle, and Matthew McConaughey, among many others. Stassi wants to make news for positive reasons.

“Just in time for the baby,” the insider told Page Six. Stassi is hoping that becoming a first-time mom will allow her to revamp her image. The scorned reality star is due in early January. Page Six also reports that Faith is working on her own reality show. Maria Menounos and her husband are involved with the project.

She would love to have her own show, insider claims

Does Stassi Schroeder really want to make a return? Page Six‘s report comes just a month after another report claimed that the “Straight Up With Stassi” podcast host wanted a show of her own. On November 30, an insider told Hollywood Life that she would “love” to return to reality television. Stassi wants to have a show about her life as a new mom.

The report claimed that Stassi has “told those around her that she would really like to return to TV next year.” However, her main priorities are on her Italian wedding and the birth of her daughter. Stassi and Beau canceled their wedding in Italy in September due to the coronavirus pandemic.

“Stassi’s focused on having the baby and potentially a bigger wedding next spring or summer, but she’d then like to get back to some work and normalcy again,” the source said. “They’ve both worked really hard to take this time to better themselves after everything that happened, and their goals in 2021 is to be back to some sort of show again. Stassi especially would love to have her own reality show about her life with her daughter and Beau. She misses the cameras.”

Following Hollywood Life’s report, Beau Clark took to his Instagram Stories. He posted a screenshot of the insider’s claims. He quashed the idea that Stassi Schroeder wants to make a return to the spotlight.

“Who are these ‘sources’??” he wrote in the post. “We literally talk to [seven] people.”

However, Beau didn’t reveal whether Stassi wants to return to television. But he seemed to deny the claims made by the blog’s insider. He’s been shutting down a lot of reports about his wife lately.

What are your thoughts? Do you think Stassi will stage a comeback? Sound off below.

Colton Underwood Reveals Details About Netflix Show In New Interview
What Has ‘Sister Wives’ Star Janelle Learned From Kody’s Other Wives?
‘The Circle’ River, Where Is He Now?
‘Bering Sea Gold’ Exclusive: Hat In Hand, Steve Riedel Asks Emily For a Job
‘When Calls The Heart’ Season 9 Tea Spilled: Renewed Or Canceled?