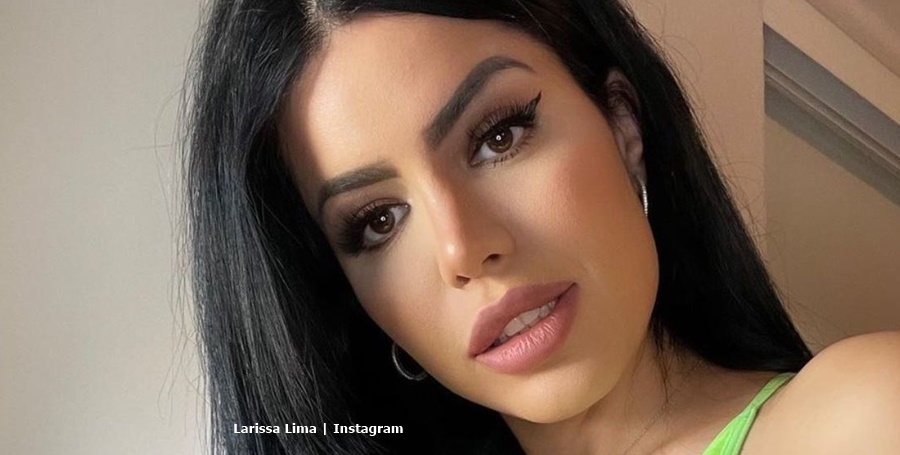 Larissa Lima, as fans know, underwent a lot of plastic surgery. Some fans thought she just used Eric Nichols as he helped her pay for it And then after she paid him back, she went for more. But once she healed, she split from him. However, she hinted they got back together again. Actually, it’s hard to keep up with the 90 Day Fiance alum. And, it may not be over on the surgical front either as it seems Larissa yearns for “bimbofication.”

Larissa Lima fired by TLC goes all out for ‘bimbofication’

In the meantime, she certainly shows no signs of slowing down with her steamy photos and vids. In fact, since she left TLC she moves forward with promoting her OnlyFans account. And, it seems she earns a good deal of money from that already. Screen Rant reported that Larissa Lima “recently revealed on her Instagram that she makes $40K a month through her OnlyFans account.” And, the outlet noted that she “showed her followers a taste of what they could subscribe to by sharing sultry snaps of herself in a tiny green bikini.” The “bimbofication” continues.

Taking to her Instagram Stories on December 19, Larissa Lima held a Q&A. First, she shouted out her plastic surgeon. And, her rather large boobs also prompted a fan to ask her what big sized bras she recommends. Well, Larissa said, ” Victoria’s Secrets.” Mind you, one might wonder why she even bothers as so much of her isn’t covered by any clothing these days.

Then, one 90 Day Fiance fan asked Larissa Lima, why she’s starting to “look more plastic” these days. In reply, Larissa said, “Bimbofication is my thing.” Well, if Larissa looked up that word on Urban Dictionary, it seems like a strange yearning. The site described the word as “the process of transforming into an airheaded sl-t, perfectly happy to be used and degraded.” 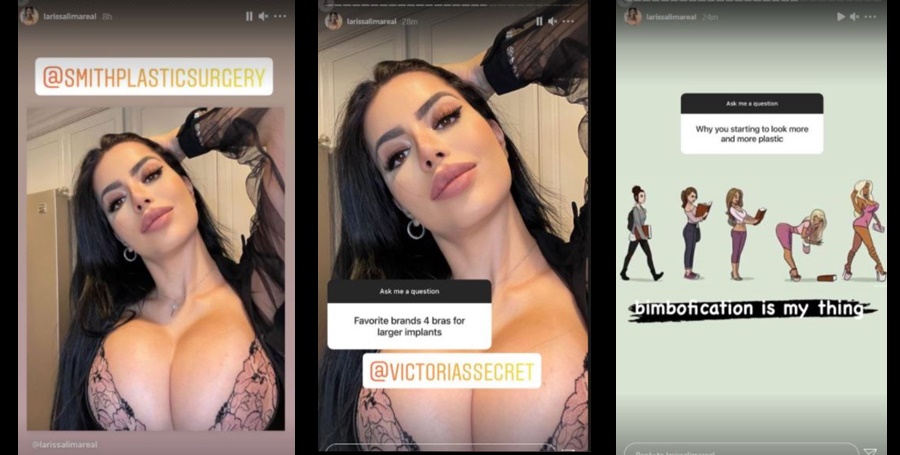 TLC fans wish Larissa would go back to her kids

On almost every post that Larissa Lima makes on her main Instagram account, fans raise the subject of her kids. Recall, she left them behind in Brazil. And she makes no effort to visit them or bring them to the USA. While she claims her new adult entertainment career will provide for them, some 90 Day Fiance fans wonder about that. After all, she seems more focused on herself than ever before.